Home News Al-Qatrawiya: We are proud of the king 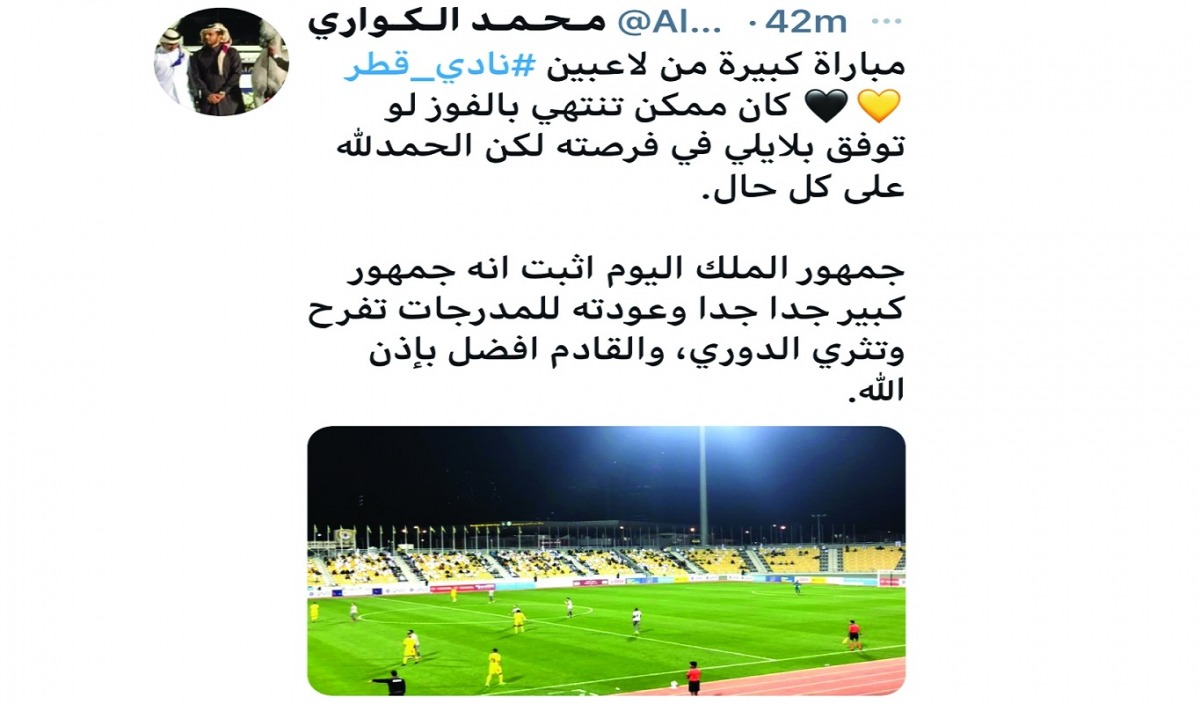 The Qatar match against Al-Sadd caused very positive reactions following the end of the match in the eleventh round of the Star League, where the Qatari fans crossed the social networking site Twitter with the Qatari team and its recent performance in the Stars League in general and in particular in yesterday’s match against Al-Sadd club, which It ended with a positive tie between the two teams with a goal for each of them, as most of the tweets came to express the extent of the happiness of Al-Qatrawiya in the great Qatari audience that witnessed the meeting and the support of the fans of Qatar Club for the team after the strong levels he presented in the league, the last of which was in front of Al-Sadd club, the leader of the Star League, the team presented a performance Well, he could have achieved victory if some opportunities were used, as other tweets came to express the extent of the Qatari joy of the masses and that the king’s fans proved that they are very, very large fans and their return to the stands rejoices and enriches the league and the next is better, besides praising the team, the players and the attendance of the massesThe great tribute was also present to the coach of the Qatari team, Yunus Ali, which reflects the state of pride on the part of the Qatari singers in the team as a whole, which reveals that Qatar Club has succeeded in becoming a special case this season in the Stars League, and at the same time the official account of the club published a tweet. During her thanks to the fans of the club, and in the tweet, “How much we are stronger, thank you our loyal fans.”