Home News Economic news Rail: The Doha Metro is the first project in the Middle East... 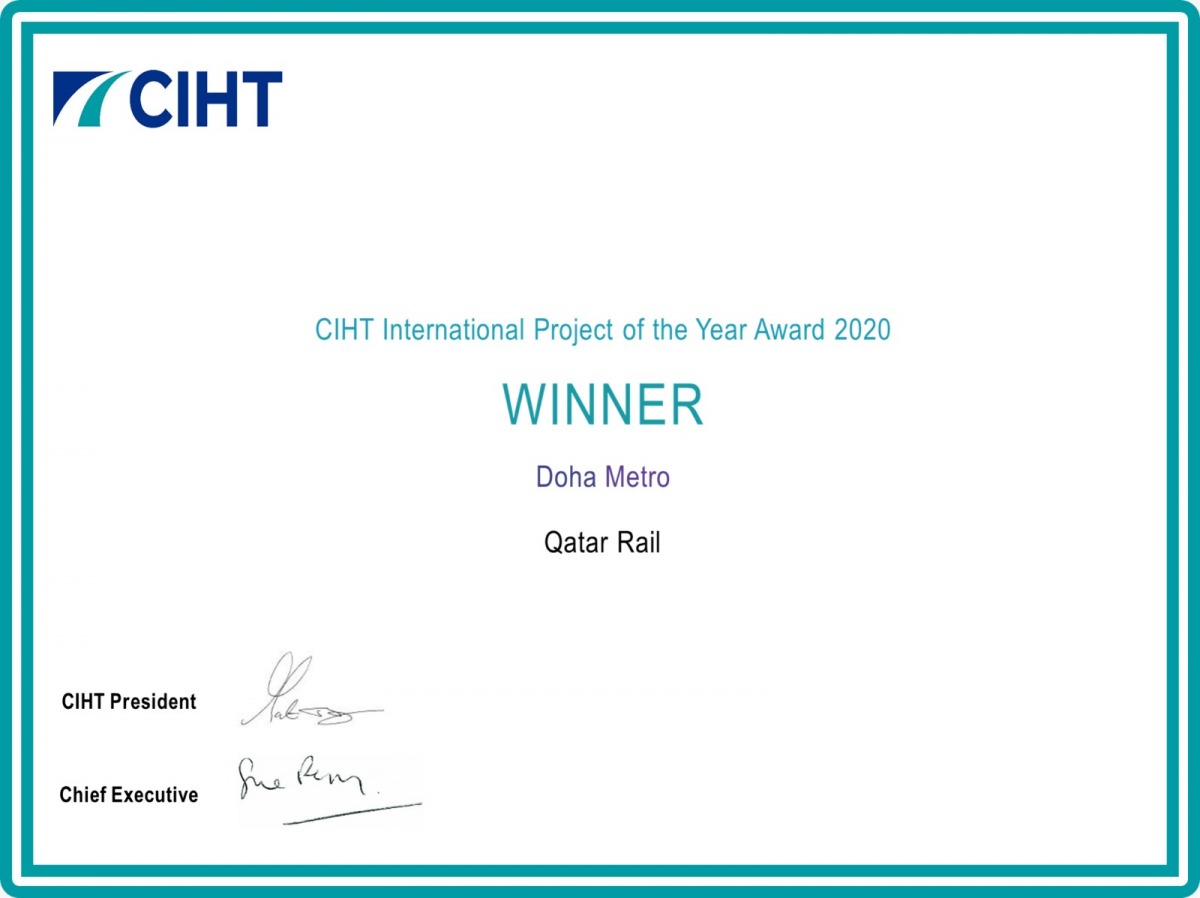 The Qatar Railways Company (Rail) has achieved a new international achievement added to its track record, as the Doha Metro project won the CIHT 2020 Prize, which is awarded for highway projects and transport infrastructure outside the UK and Ireland.

The company pointed out that the Doha Metro won the award after being nominated in the final list, which included a number of huge transportation projects in the United States, Africa, Asia and the Balkans.

Al-Rail reported that the application was opened for the first time to international projects to participate in this award during the past year, making the Doha Metro project the first project in the Middle East region to win this prestigious award.