Home News Cashing in: No payment problems for Russian tourists in Turkey Cashing in: No payment problems for Russian tourists in Turkey

Turkey is trying to attract more Russian tourists by expanding the usage of the Russian Mir payment system in Turkey as it seeks to bypass payment bottleneck created by Western sanctions. 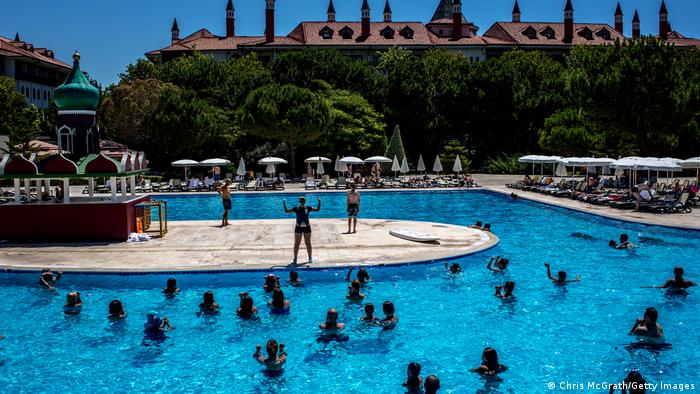 Turkey wants to boost its tourism revenue to prepandemic levels this year and revive a crisis-hit economy after a currency crash wiped half the value of the lira.

That’s easier said than done, because Turkey relies heavily on Russian energy, trade and tourism. In 2019, trade volume between the two countries reached $26.3 billion (€25.07 billion), while Russia is also one of the leading energy suppliers for Turkey.