Beijing reported a 4.8% growth for the first quarter, a modest increase over the previous quarter’s 4%. The country’s economy has been stalling amid coronavirus outbreaks. 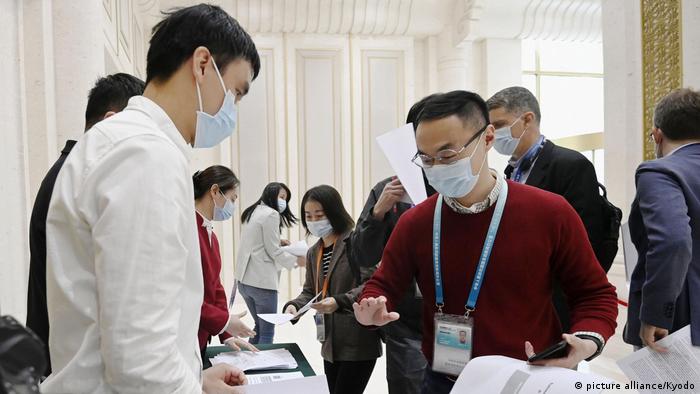 Journalists on Monday received an economic report from China’s National Bureau showing 4.8% economic growth for the first quarter of the year

China’s economic growth rose modestly to 4.8% for the first quarter of 2022 as the country suffers an economic slowdown amid coronavirus outbreaks and a major real-estate crisis.

The previous quarter’s growth was 4%. Analysts had predicted 4.4% growth for the first quarter of 2022.