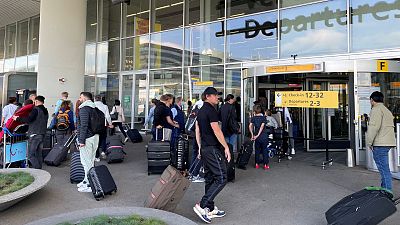 Amsterdam’s Schiphol airport has been the scene of long queues and flight cancellations over the last week.   –   Copyright  Reuters Connect
By Lottie Limb  •  Updated: 06/05/2022 – 18:45

Speaking out after chaotic scenes at Schiphol Airport this week – along with hundreds of cancelled flights in the UK and Ireland over Easter – ACI (Airports Council International) Europe says a lack of financial help during the pandemic is to blame for understaffing at major hubs.

Airports across the continent have been struggling to keep up with the sudden influx of passengers as more and more countries drop their Covid entry restrictions.