Home News Foreign Minister: Qatar and Turkey sign 11 agreements during the meeting of... 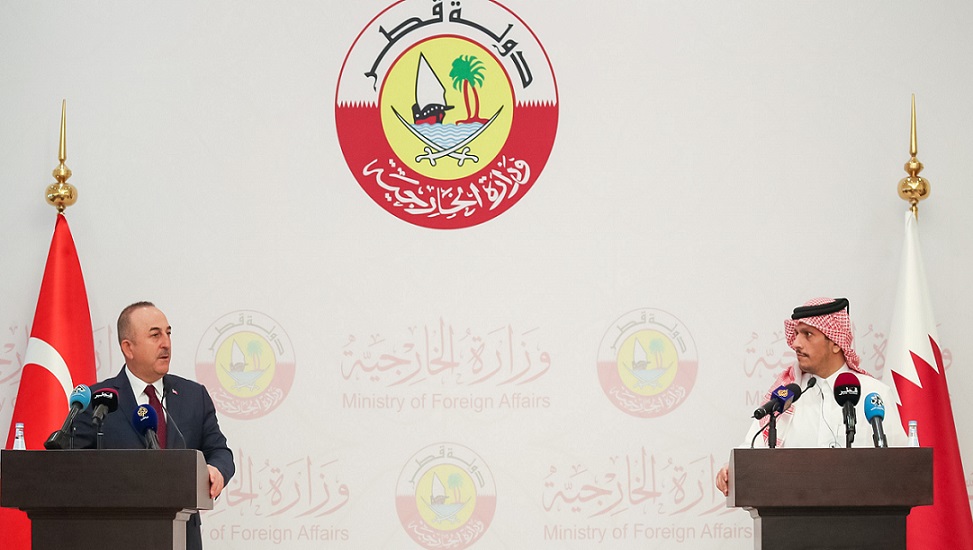 HE Deputy Prime Minister and Minister of Foreign Affairs Sheikh Mohammed bin Abdulrahman Al Thani said that the meeting of the seventh session of the Higher Strategic Committee between the State of Qatar and the Republic of Turkey, chaired by His Highness Sheikh Tamim bin Hamad Al Thani, the Emir of Qatar, and His Excellency President Recep Tayyip Erdogan, President of the Republic of Turkey Sister, today will witness the signing of 11 new agreements, in addition to 80 previous agreements between the two countries.

In a joint press conference with Turkish Minister of Foreign Affairs Mevlut Cavusoglu following the preparatory ministerial meeting for the seventh session of the Committee in Doha yesterday, HE the Deputy Prime Minister and Minister of Foreign Affairs expressed Qatar’s aspiration to receive HE the President of the Republic of Turkey to meet with his brother, His Highness the Emir, and to convene the Strategic Committee The Supreme Council for research and development of bilateral relations, regional developments and coordination of positions.

His Excellency valued the friendly relations with the Republic of Turkey, which witnessed remarkable growth and development in various diplomatic fields, considering that the relations between the two countries are strategic partnership relations and exceptional relations linked to many values ​​and commonalities between them.