Home News Foreign Minister: Qatar is keen on the peaceful transfer of power in... 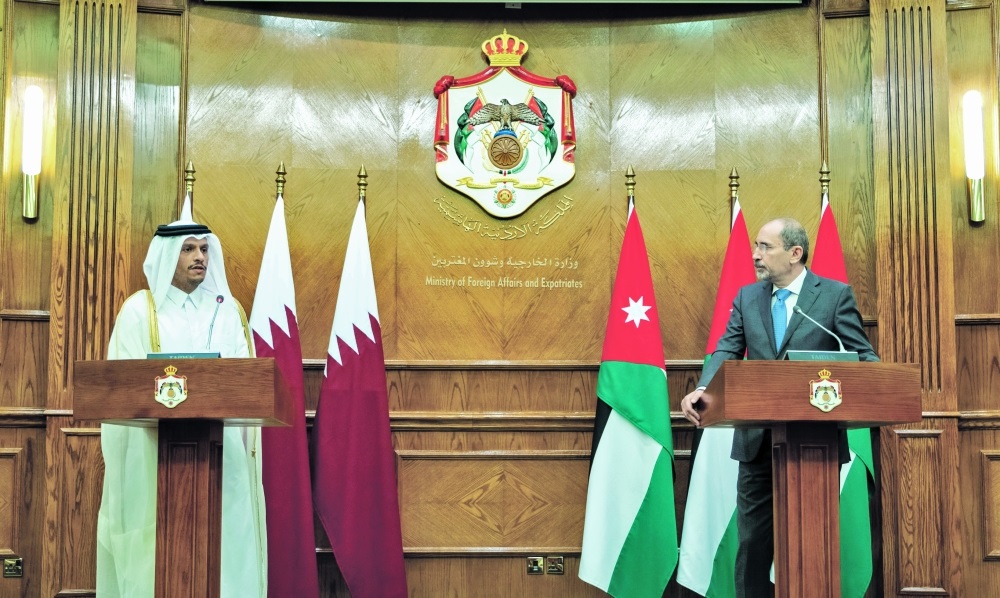 Unifying joint efforts
During the meeting, it was stressed the need to unify joint efforts, bring Arab viewpoints closer, strengthen regional dialogue mechanisms and establish its bases in order to achieve security and stability in the region.
At the end of the meeting, His Excellency the Deputy Prime Minister and Minister of Foreign Affairs, during a joint press conference with His Excellency the Jordanian Deputy Prime Minister and Minister of Foreign Affairs and Expatriates, expressed his thanks for the good reception and the usual hospitality and warmth from the Jordanian government and people, and stressed that the State of Qatar values ​​the relationship that It links it with the Hashemite Kingdom of Jordan, and looks forward to increasing opportunities for bilateral cooperation to be at the level of ambition of the leadership of the two brotherly countries.
His Excellency referred to the review of the results of the visit of HH the Emir Sheikh Tamim bin Hamad Al Thani to Jordan and the joint meeting with his brother, His Majesty King Abdullah II of the Hashemite Kingdom of Jordan.