G20 finance officials walk out in protest of Russian attendance

As G20 finance leaders meet in Washington, Russia’s presence has drawn controversy. Officials from several countries walked out as a Russian official spoke. 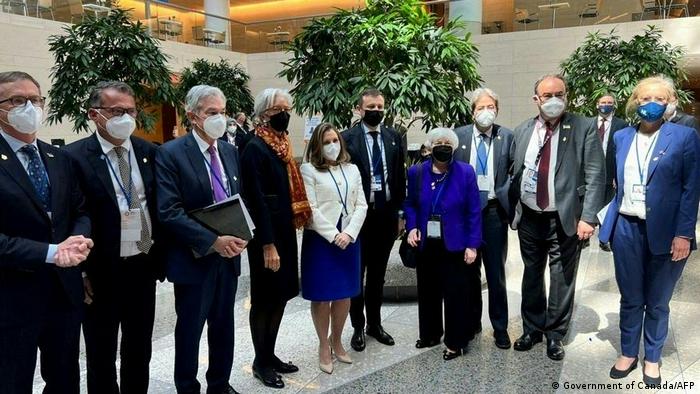 Canada’s Finance Minister Finance Chrystia Freeland (center) shared an image of the officials who walked out on the meeting in Washington, DC

Senior finance officials walked out of a G20 meeting in Washington, DC, on Wednesday in protest of Russia’s invasion of Ukraine.

US Treasury Secretary Janet Yellen led a multination boycott as Russian officials spoke. She was joined by Ukrainian, British, French and Canadian delegates.