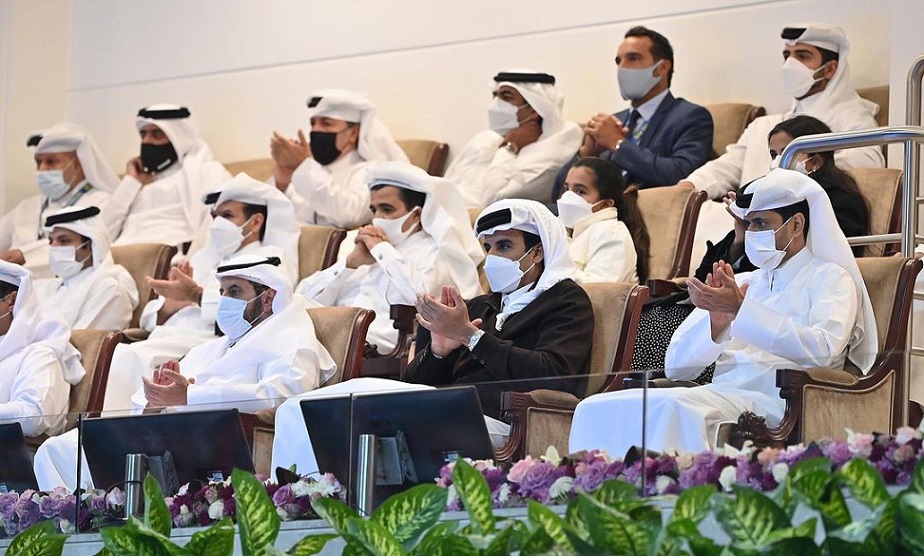 His Highness the Amir Sheikh Tamim bin Hamad Al Thani witnessed the conclusion of the Qatar ExxonMobil Open Tennis Championship for Men 2021 in its 29th edition, which was held at the Khalifa International Tennis and Squash Complex.

His Highness the Emir continued, the final match of the tournament, which was held between the Georgian player Nicolaus Basilashvili and the Spanish player Roberto Bautista Agut, and ended with the Georgian victory in two sets without a response, 7/6 and 6/2.