Home News His Highness patronizes the graduation ceremony of the fourth batch of Police... 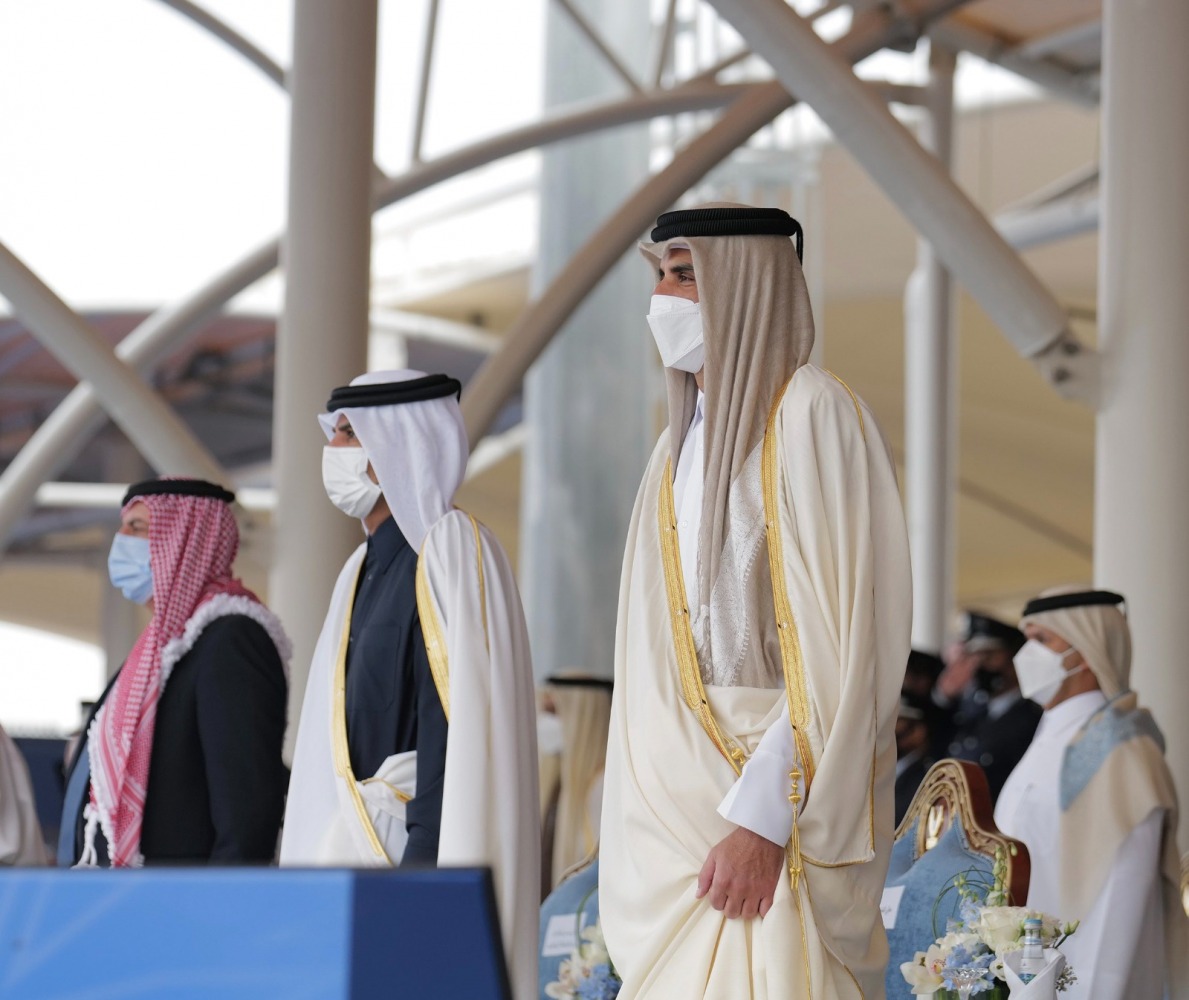 At the beginning of the ceremony, the national anthem was played, followed by the queue leader’s permission to HH the Emir to inspect the queue of 90 graduates from the State of Qatar and the State of Palestine.
After reciting verses from the Holy Qur’an, displaying the march of the graduates’ queue and the military parade, His Highness the Amir honored the first graduate students, and the flag was received and handed over from the fourth to the fifth batch, the appointment order was read, the parade queue left, and the police college’s “officers of tomorrow” queue of students entered. At the end of the ceremony, the officers of the fourth batch took the oath and the college anthem. 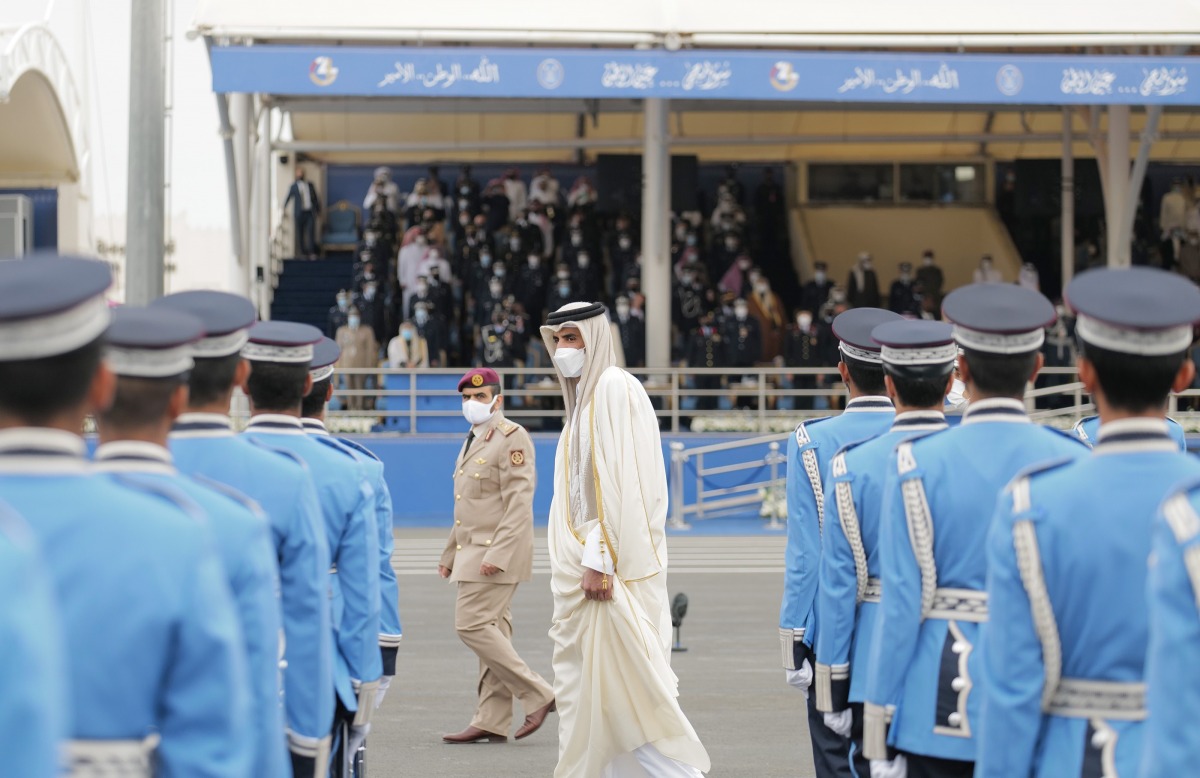