His Highness Sheikh Tamim bin Hamad Al Thani, Emir of the country, included, with his generous patronage, the graduation ceremony of the forty-third batch (class of 2020) from Qatar University students, which was held at the Sports and Events Complex at the University this morning. 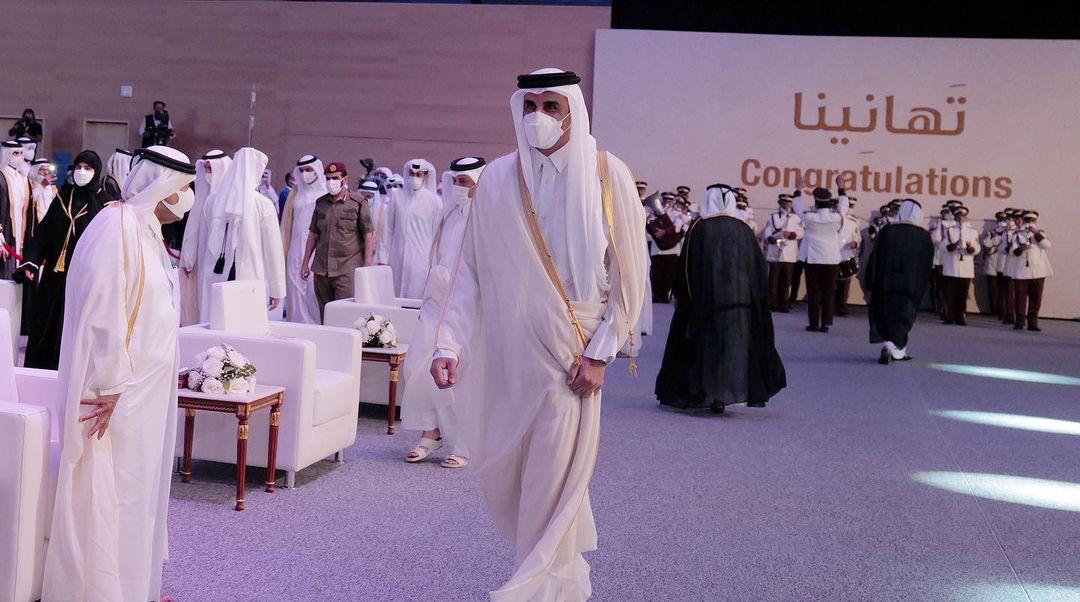 During the ceremony, His Highness Sheikh Tamim bin Hamad Al Thani, Emir of the State of Qatar, honored the 109 outstanding graduate students, while His Excellency the President of the University handed over the certificates to the 733 graduate students in various disciplines.