His Highness the Amir Sheikh Tamim bin Hamad Al Thani attended the final football match for the “Emir Cup 2021” between Al Sadd Club and Al Rayyan Club, which was held at Al Thumama Stadium, which was inaugurated this evening. 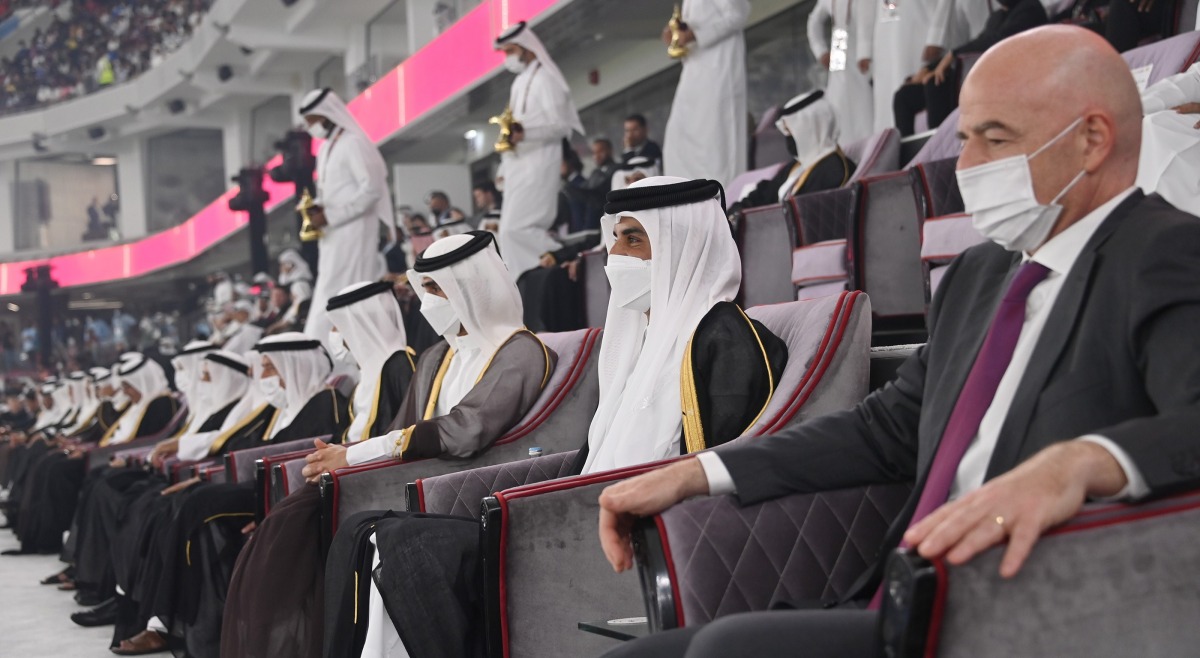