Home News In video, the Interior Ministry intensifies its security patrols to arrest those... 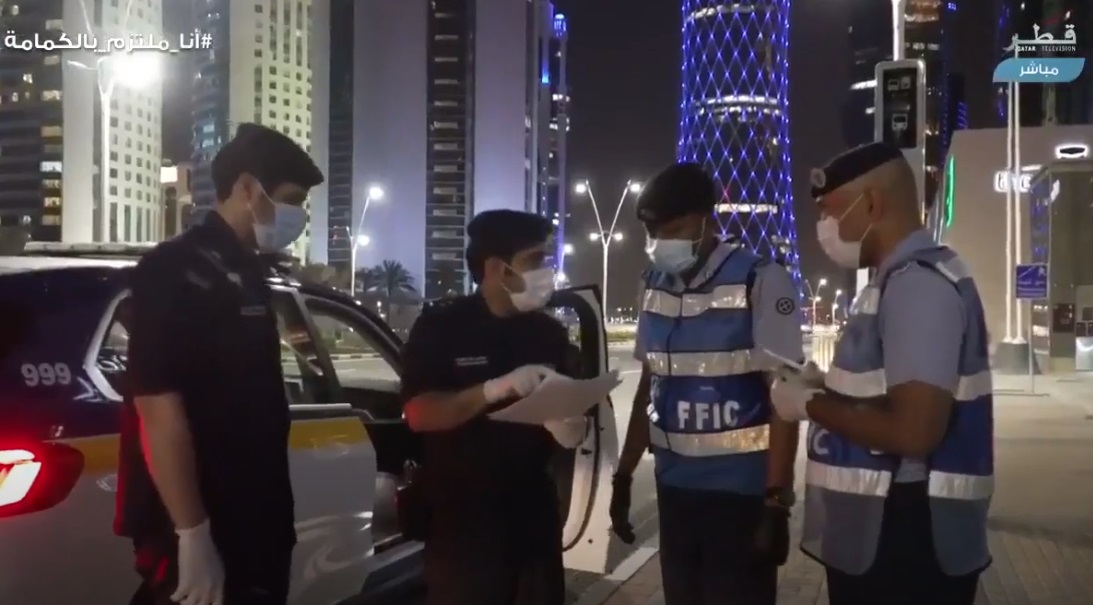 “Qatar TV” cameras revealed that the competent security departments of the Ministry of Interior have intensified their mobile and foot patrols in residential and commercial areas, in order to catch those who violate the precautionary measures.

According to a video report by “Qatar TV”, these patrols come in light of the decisions issued by the Council of Ministers yesterday and the recent indicators of the Ministry of Public Health.

Brigadier General Abdullah Al-Muftah, Director of the Public Relations Department at the Ministry of Interior and a member of the Supreme Committee for Crisis Management, revealed that the total number of violators of the precautionary measures who have been caught and referred to the Public Prosecution since the implementation of the decisions reached 14513 violators, and the total of violators during the past 3 months (November, December and January) 9894 violators, which means that the total of violators during the past 3 months has doubled significantly, and this indicates that there is leniency in wearing masks, social distancing and precautionary measures, as in last January only, more than 4000 violators were referred to the competent prosecution.