Women of all faiths are wearing the hijab during the holy month in solidarity with Muslim women who face discrimination. 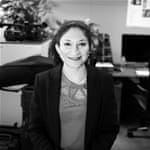 Grace Lloyd got a round of applause when she walked into her classroom at Doha’s Gulf English School on the first day of Ramadan, wearing a black hijab with her blue uniform.