Home News The Gulf crisis: How it all started For a long time, the GCC was effective in resolving regional disputes and ensuring balance of power. 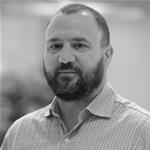 by Rory Miller
4 hours ago

As the first anniversary of the blockade on Qatar approaches, the main protagonists have settled into a modus vivendi of sorts.

After overcoming the initial psychological and financial shock, Qatar has doubled-down on security relations with the US and Turkey and expanded diplomatic and trade ties with partners old and new across the world.