Over the past few months, Pakistan has witnessed a growing trend of women speaking up publicly about sexual harassment. 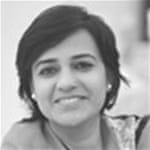 by Rabia Mehmood
11 hours ago

One would think that a woman going public with accusations of sexual harassment against a man and then facing a severe backlash would not be so common in 2018. But in Pakistan, it keeps happening.