With the intensification of the crises, Abu Dhabi proves that its policy is not based on principles or ideals, but rather a kind of confusion, randomness and pragmatism, so that it has mastered and mastered in changing its positions and turning against its allies, but it did not know that moving from one policy to another and from one situation to another requires a certain level of Expertise and cunning, along with reading the scene calmly and intelligently, and this is what Abu Dhabi and those who use in the media to express its positions, as they mastered raising noise and the constant fluctuation of their positions on media screens and social networking sites.

The academic advisor to the crown prince of Abu Dhabi, Abd al-Khaliq Abdullah, is an example of the rapid shift in attitudes and the contradiction in statements beyond description. In less than 24 hours, Abd al-Khaliq made contradictory statements regarding the American elections, which shocked the reader in a state of astonishment at first glance, as they carry with them great contradictions And, clearly, the state of self-transformation is evident, to win the award for those who change their positions from time to time according to new data and break the record with the speed of contradiction and change of compass. 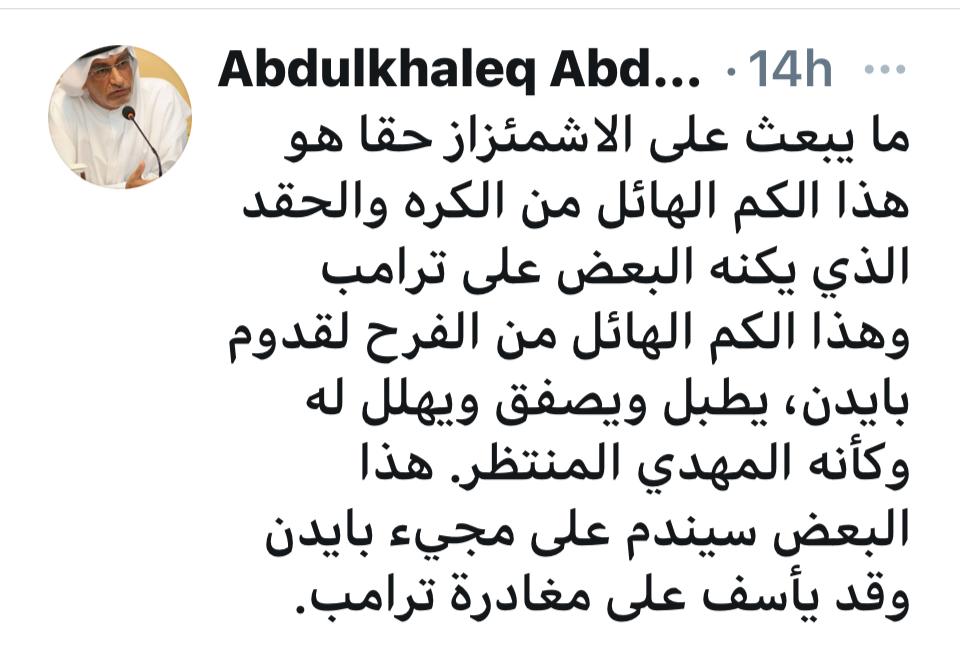