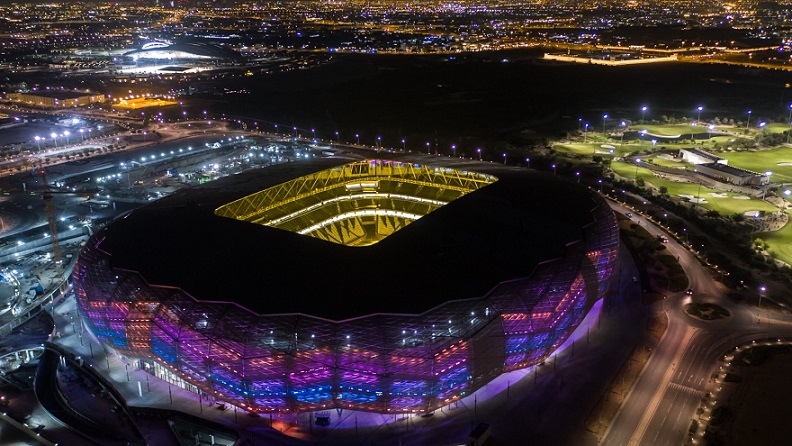 Education City Stadium, a jewel of the desert

The AFC Champions League 2020 competitions for the western region of the continent have written a new certificate of success for the State of Qatar in hosting major sporting events, whether at the continental or global level, to add to the previous successes achieved by Doha, and confirms its ability and readiness from now to host the 2022 World Cup. It is held for the first time in the Middle East region, and is nominated to host major tournaments, whether continental or world, at any time.

The AFC Champions League for the West region concluded yesterday, Saturday, with the Iranian Persepolis team qualifying for the final of the continental championship after defeating the Saudi victory in a penalty shootout in the semi-final round, as Qatar hosted the tournament matches during the period from September 14 to October 3, 2020, with the participation of 15 teams representing some of the best The clubs and players are: Al-Sadd and Al-Duhail / Qatar / Persepolis, Sepahan Isfahan, Istiqlal Tehran, Shahr Khodro / Iran / Al-Nasr, Al-Hilal, Al-Ahly and Al-Taawon / Saudi Arabia /, Police / Iraq /, Pakhtakor / Uzbekistan /, Al-Ain, Sharjah and Shabab Al-Ahly Dubai / Emirates /, while Al-Wehda apologized The Emirati team stopped participating before the tournament began due to the infection of some of its players with the new Corona virus (Covid-19).

The Local Organizing Committee, in cooperation with the AFC and the Ministries of Health and Interior, implemented the necessary precautionary measures to maintain the safety of everyone, throughout the tournament, which Qatar contributed to completing its matches after it stopped last March due to the Corona pandemic.