Home News After his release from prison … the death of the Saudi writer,... Saudi media reported, late on Sunday evening, that the Saudi writer, Saleh Al-Shehhi, had died after suffering from infection with the emerging coronavirus (Covid 19), two months after his release after his arrest since 2017.

And Saudi media revealed the death of Al-Shehhi after suffering that lasted three weeks since he was infected with the new Corona virus. 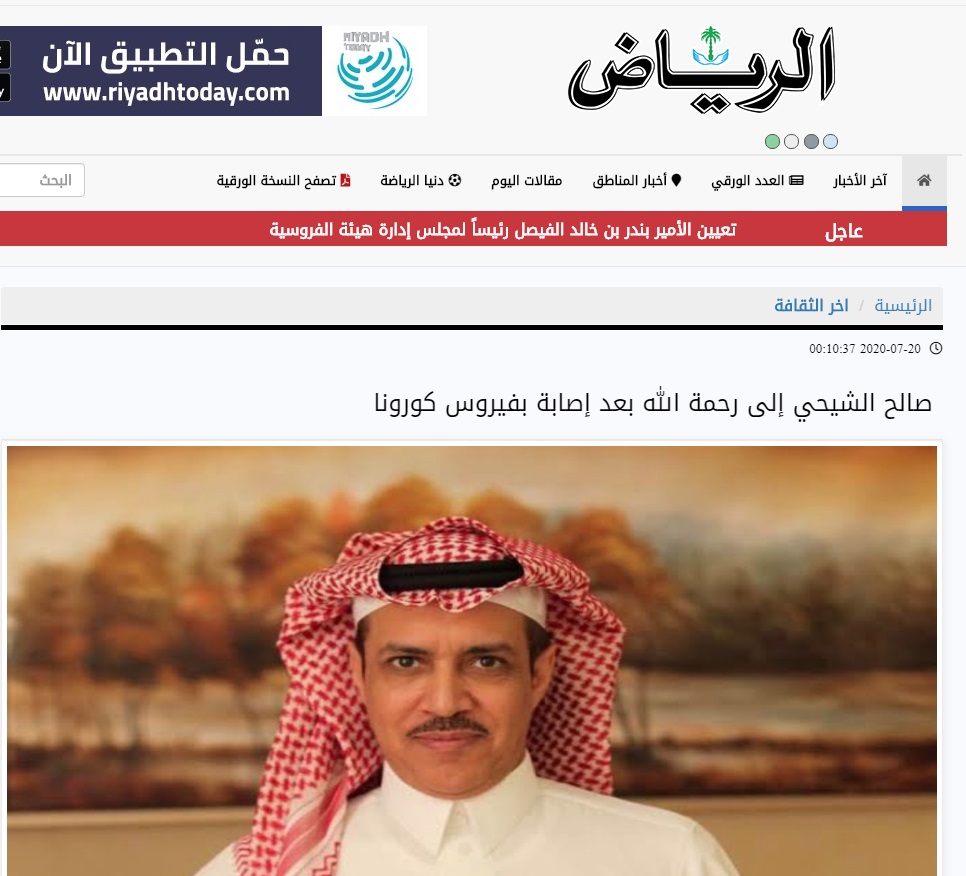