One of the programs produced by the digital sector in the Al Jazeera Media Network won first place in the Online News Association award in the United States for the Online Commentary program category, surpassing the New York Times and the Washington Post, and the Fork the System program, which is broadcast on Aljazeera. .com in English on the first place.

It is an innovative program whose idea is to change the way we think about food and culture, and gathers guests around the dinner table for a discussion of the day’s most important issues. The program’s episodes – prepared and presented by co-workers Heu Jin Park and Joy Lee – explore topics such as conflict, politics and identity through the common language of food, and each episode ranges from 17 to 24 minutes. 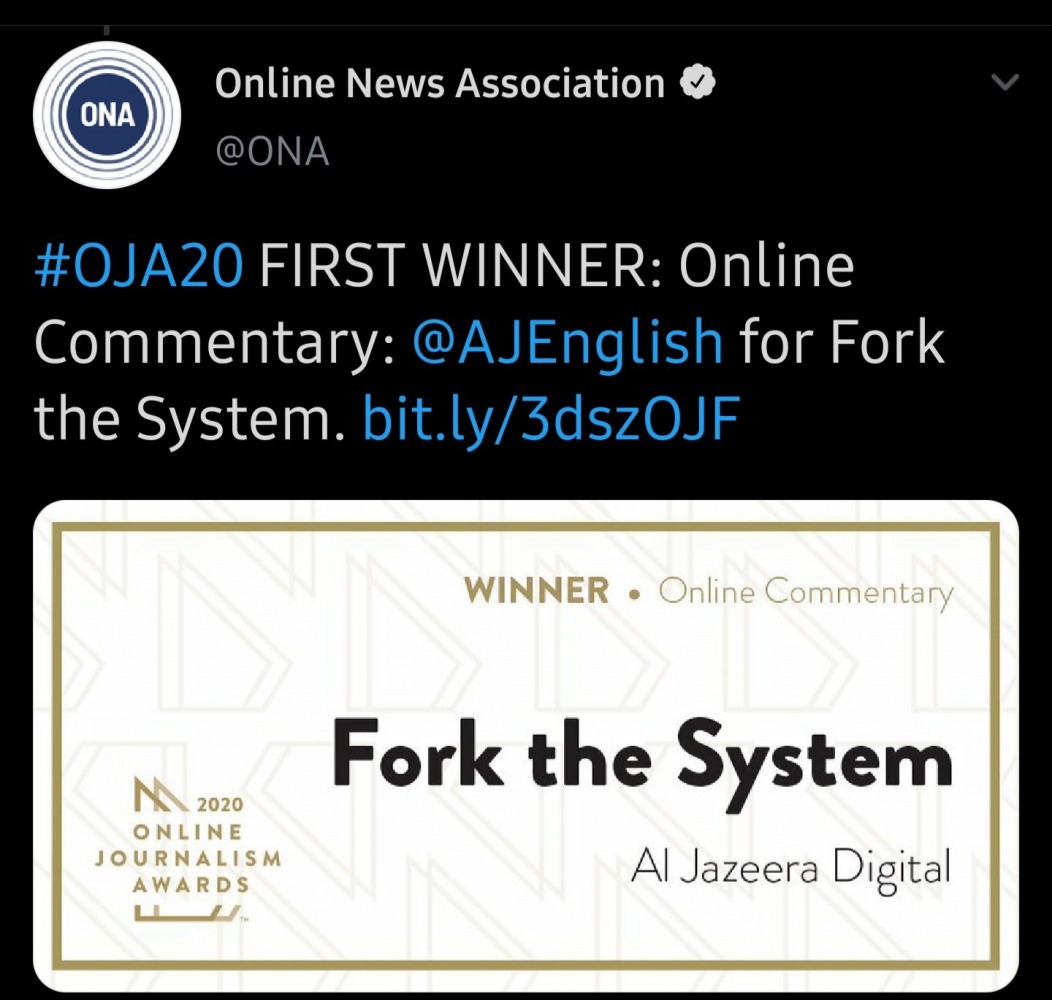