Home News Bahrain involved the blockading countries in a ridiculous response to the fact... 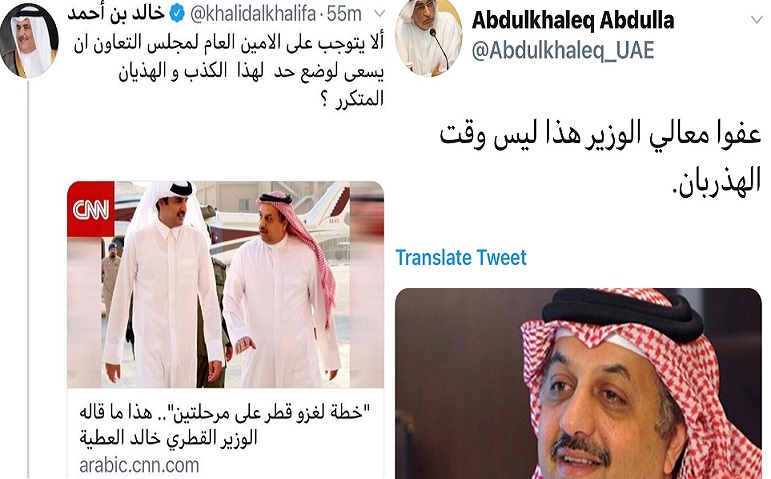 Certainly, His Excellency Dr. Khalid bin Muhammad Al-Attiyah, Deputy Prime Minister and Minister of State for Defense Affairs, was referring to his statements to Al-Jazeera about the blockade countries ’planning to invade Qatar, that Bahrain will take over the mission of the invasion, so that former Bahraini Foreign Minister Khaled bin Ahmed is terrified in this way The corridors of the Al Hukm Palace in Manama.

Bahrain, which used to involve itself in the region’s conflicts and repeat its statements, only to get rid of the “Ritot” complex, until it went to express its opinion about what is happening in the Eastern Mediterranean, is now alone on behalf of the blockading countries to respond to the statements of the Minister of State for Defense Affairs.

Khalid bin Ahmed, the diplomatic advisor to the King of Bahrain and the former foreign minister – wonders in his official account on Twitter – “Shouldn’t the Secretary General of the Cooperation Council seek to put an end to this recurring lying and delirium?”, Referring to the Qatari minister’s statements … to bring himself and his country a wide mockery, considering The response came from those who could not professionally arrange a military graduation ceremony and not invade a country of the size, power and influence of Qatar in the world!