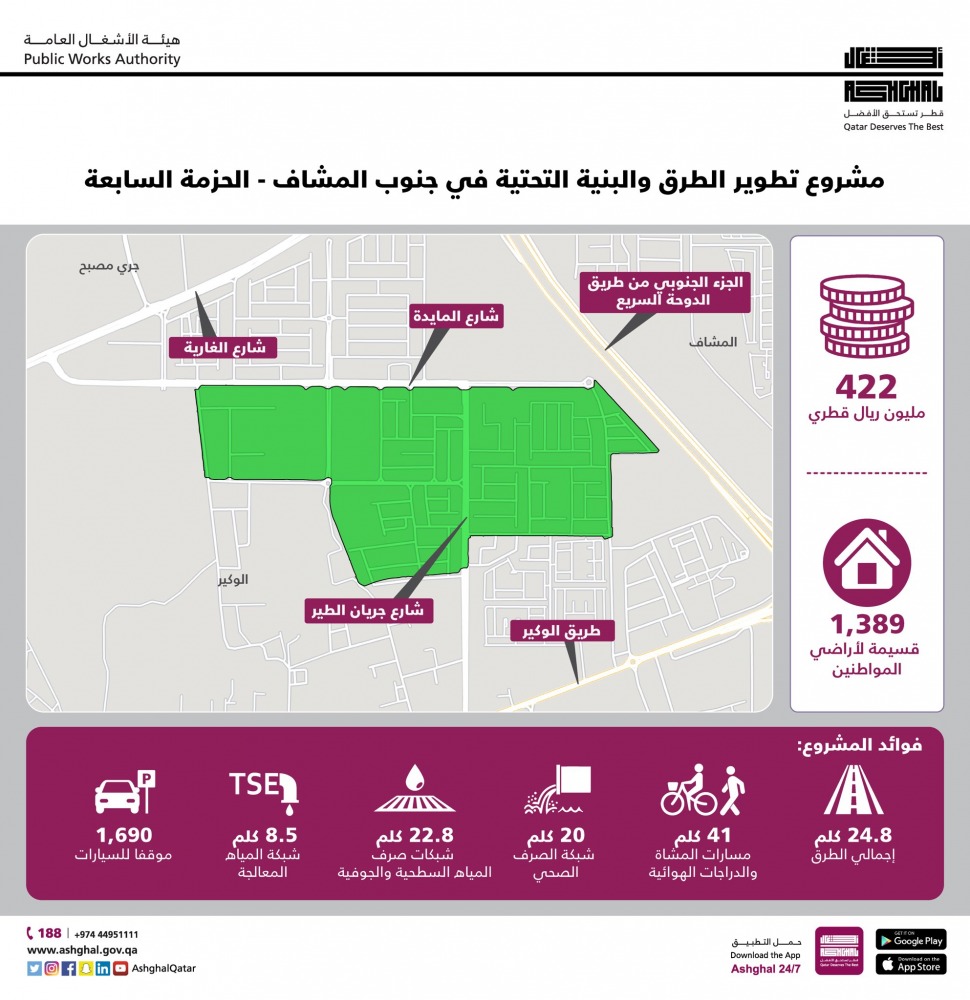 Road and infrastructure development in the south of the hospital

The Public Works Authority “Ashghal” has started the implementation of works on the road and infrastructure development project in the south of Al Mashaf (Package Seven), which is located northwest of the South Stadium and west of the southern part of Doha Expressway.

Ashghal has divided the project’s works into three geographical areas to be worked on in succession. It is planned that all of its works will be completed in the fourth quarter of 2022.