Home News Citizens of the East: Carelessness in lifting the restrictions will spare us... 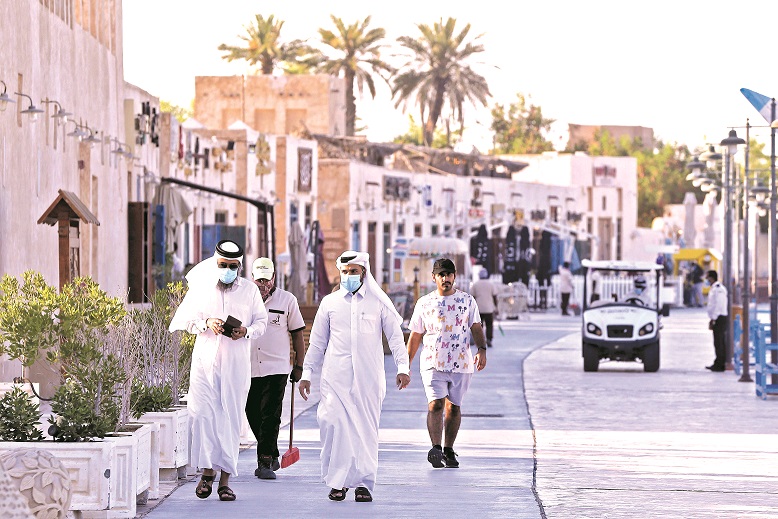 A number of citizens supported the step taken by the Supreme Committee for Crisis Management, which is to divide the fourth stage into two phases, so that the work of the first phase begins on the first of September, while continuing to assess the situation and study the re-imposition or lifting of some restrictions based on developments in the middle of September and begins Work in the second phase at the beginning of the third week of September. Citizens said in the survey conducted by Al Sharq that the step is sound and confirms the concern for the health of citizens and their protection from the Corona epidemic. Citizens said that the measure would prevent the country from spreading a new wave, as happened in many countries, even advanced ones, which worked to lift restrictions at once.
Citizens said that setting a specific percentage to lift restrictions took into account the different sectors and the various activities in the country. Meanwhile, citizens called on the various parties to maintain the specified rate for opening and closing, and citizens stressed the need to apply precautions and preventive measures in the regions in which restrictions have been lifted by 100% so that they are not a cause of the spread of the virus again, and citizens pointed out that the Supreme Committee was keen On the return of normal life in all sectors, but at the same time it was keen to avoid a wave or an increase in cases after Qatar maintained the rate of spread of the virus thanks to the plans developed by the Ministry of Public Health.

Dr.. Abdul Aziz Kamal: The decision to divide the stage is rational and proper
Dr. Abdulaziz Kamal, a former member of the Shura Council and a professor of psychology at Qatar University, said that the decision to divide the fourth stage is a sound decision and indicates keenness to monitor the spread of the epidemic, especially since cases still exist, but the death rate is low. He added, “The decision was taken as a precaution to avoid any new cases of the disease.” In the meantime, he noted that many developed countries, such as Germany, Italy and other Arab countries, have begun to take such precautions because cases have begun to increase in preparation for the emergence of a new wave of the epidemic. He said: We in Qatar also have to take caution and caution because citizens and residents are not bound by the procedures set by the Ministry of Public Health, and the evidence for this is the increase in cases.
Dr. said. Abdulaziz, the measure taken by the Supreme Committee for Crisis Management is adopted in all countries of the world so that restrictions are not lifted once, because lifting them in this way causes the disease to spread again. And he added: If we take into account that during the coming period, schools will open in their three phases, and universities, we see that the decision is sound and came on time, and we, citizens and residents, have to adhere to the procedures set by the Ministry of Public Health, especially since the disease has no vaccine yet to eliminate it and everything we hear. Serums are useless or effective and focus on commercial aspects.