During the ceremony, His Excellency Sheikh Thani bin Hamad Al Thani received from the university administration “Miftah Al-Fateh”, in appreciation of the efforts of the State of Qatar in supporting the education sector at the regional and international levels. 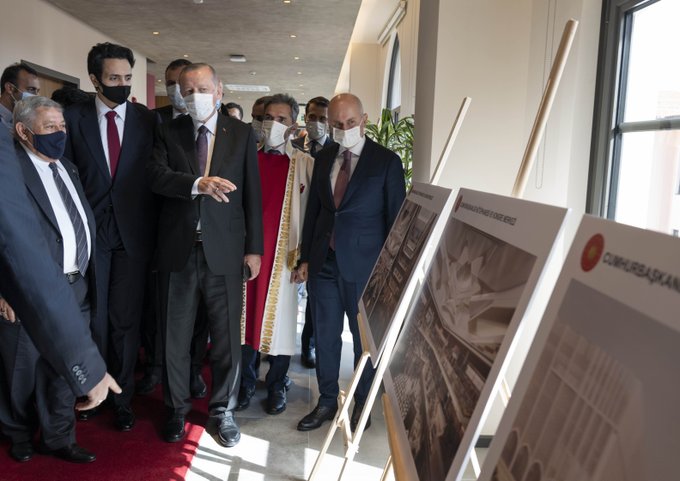 His Excellency Sheikh Thani bin Hamad Al Thani, in the presence of His Excellency the Turkish President, witnessed the signing of an agreement between Qatar University and Ibn Khaldun University regarding the granting of a joint PhD in many academic programs offered by the two universities.