Home News Consumers of the East: A significant increase in the prices of vegetables... 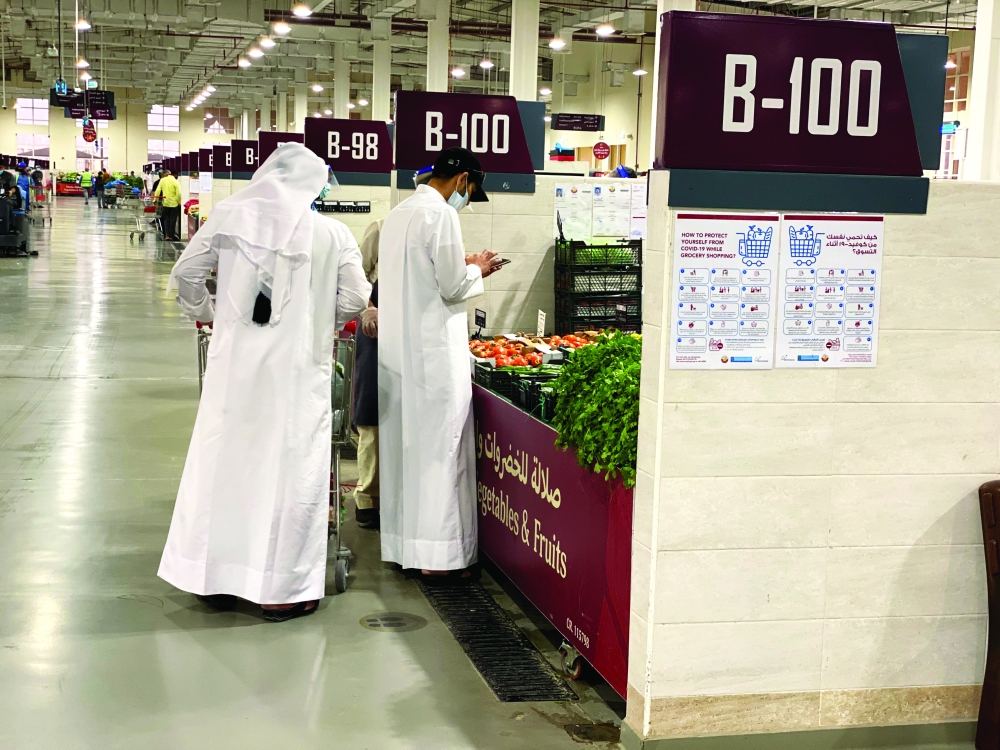 A number of consumers confirmed the abundance of all varieties of vegetables and fruits in the central market in Sailiya, referring this to the success of the Aswaq Company, which is owned by Hasad Food Company in organizing it, and giving everyone the right to appear in the market, whether it is related to traders of local vegetables or fruits, or others interested in promoting products Imported or coming from different countries of the world, noting that this created a distinct mixture that enabled them to reach all the agricultural crops they wanted, despite the difficult conditions that the world is going through at the present time, due to the outbreak of the new Corona virus in most countries of the world, praising With the efforts made by the market administration in the process of fighting the Covid 19 epidemic, by following all the precautionary measures announced by the Ministry of Public Health, as well as the Supreme Committee for Crisis Management, which increased the level of customer satisfaction, given the low probability of contracting the virus in the market, in light of the commitment Everyone has all prescribed measures.

While some of them saw that the central market of Sailiya, despite the abundant supply of vegetables and fruits in it, is witnessing a rise in prices compared to what was the case in the past months, when the value of agricultural crops was much less than it is now, calling on the Ministry of Trade And the industry is to intensify monitoring within the market, with the aim of ensuring the provision of goods to consumers at the best prices, without harming the interest of merchants who deserve without any doubt their share of the profits.

An abundance of vegetables