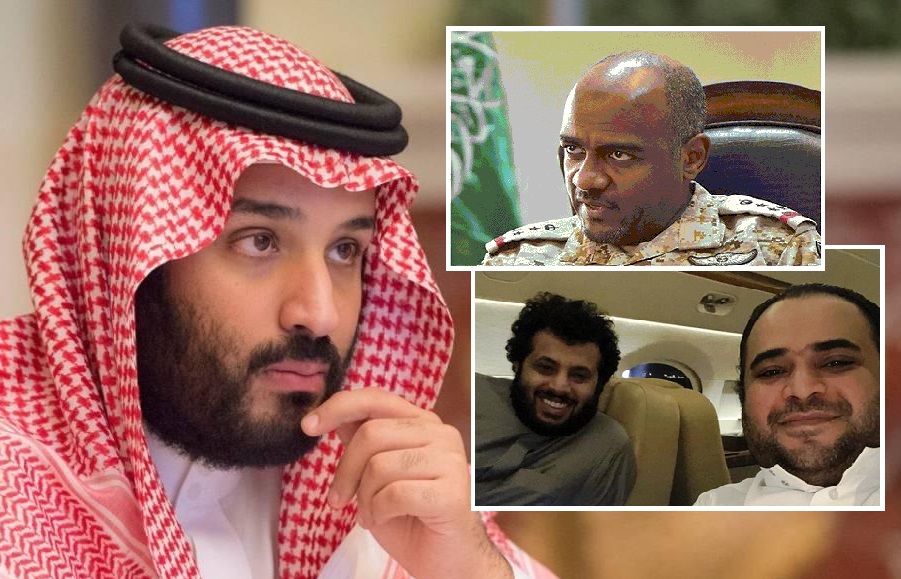 Dilim, Turki, Nasa, and Al-Asiri, who is in his entourage, will be destined for Bin Salman

We hear the Friday sermon in many Gulf and Islamic countries asking God the righteous liner for the ruler or the responsible, for it is of course a great blessing for God to provide for the ruler of the people’s affairs, a lining that helps him to do good and guides him to what is in the good of the country and the people and advises him and takes it if it sees him straying even slightly from righteousness .

But to put in your hands Saud Al-Qahtani, known as “Delim”, as an advisor who thinks for you and manages sensitive files such as the media and foreign opposition and your relationship with your neighbors, or Turki Al-Sheikh “and Nasa” at the head of sports and entertainment and the official of sheela and acrobatic movements, as well as Al-Asiri who carried out the stupidest assassination in history against His compatriot, Jamal Khashoggi, inside his country’s consulate .. by doing so, you launch a “missile” at your toes, and you will enter history as the first Gulf Crown Prince to be summoned before the courts, not to mention your reputation and your country’s reputation that has been tarnished before the world.

Today, Washington Federal Court issued subpoena orders against Bin Salman and 13 other people, to answer Saad Al-Jabri’s accusations against them of trying to assassinate him. Armenia and Azerbaijan reject calls for ceasefire as deaths mount