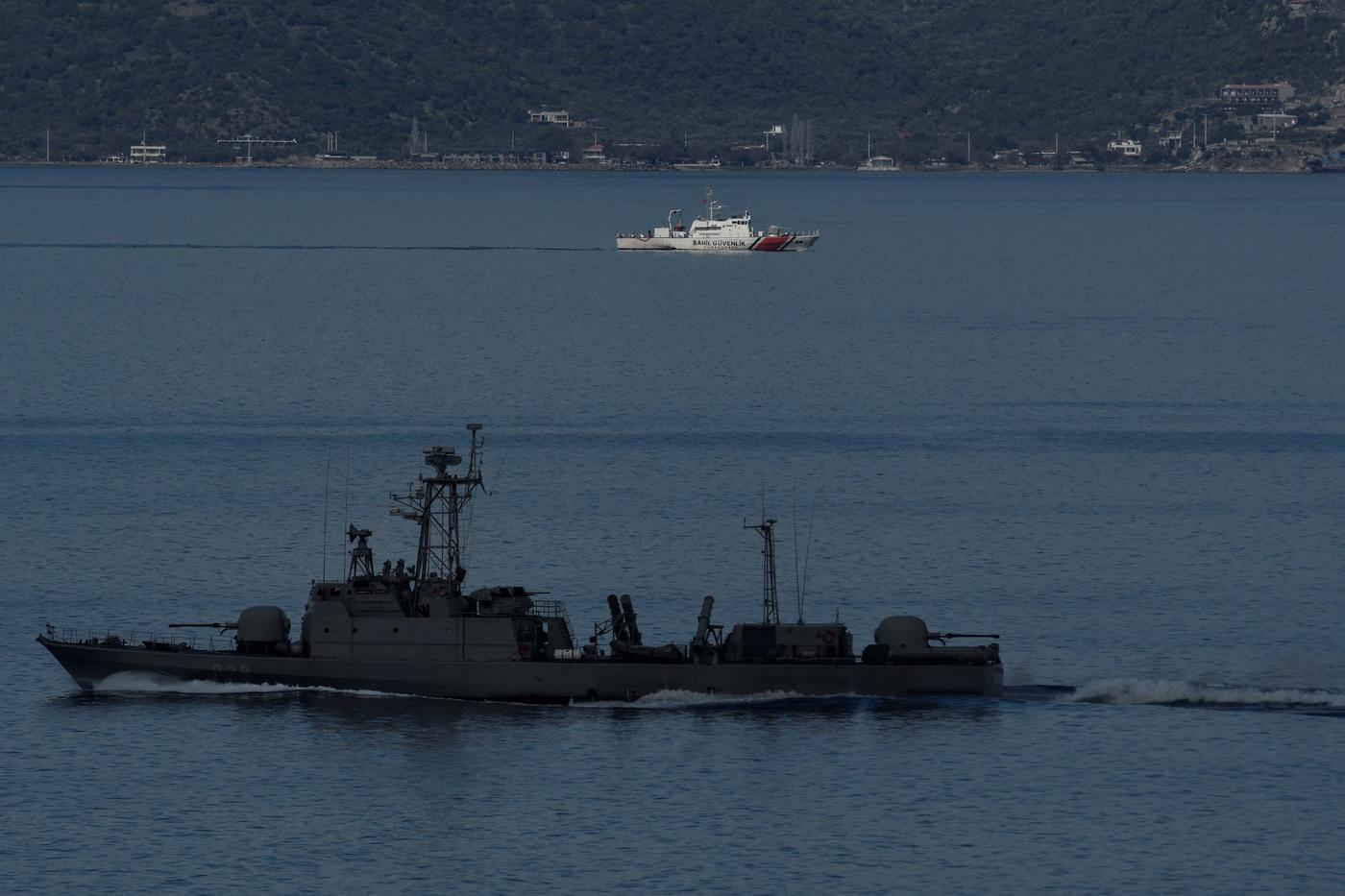 A Greek navy helicopter attempted to stop and check a cargo ship accompanied by Turkish frigates in the Eastern Mediterranean early Wednesday but retreated after a warning from Turkey’s military.

A Turkish official, speaking on condition of anonymity, said the incident wasn’t a close one and didn’t put any lives in danger.