His Excellency Sheikh Mohammed bin Abdulrahman Al Thani, Deputy Prime Minister and Minister of Foreign Affairs, affirmed that the speech of His Highness Sheikh Tamim bin Hamad Al Thani, Emir of the State of Qatar, at the opening of the 49th regular session of the Shura Council, carried His Highness’s vision of the economic renaissance and the politics of the State of Qatar based on Our authentic values.

His Excellency added in a tweet on his Twitter account that His Highness’s speech emphasized the role of everyone in participating, by announcing the Shura Council elections in October 2021. 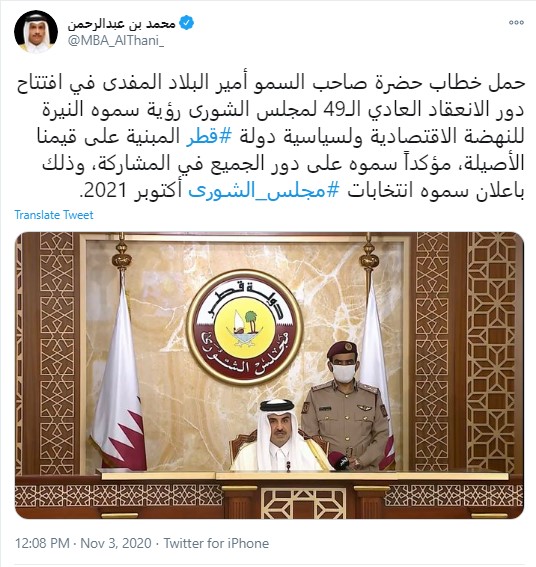