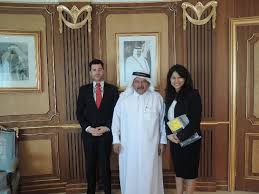 In 1948, His Excellency Sheik Faisal bin Qassim Al Thani was born. The relative of the ruling Al Thani family, had a sharp eye for business since he was a young person. At the age of 16, he began selling vehicle parts and by the 1960s was the sole merchant of Bridgestone Tires in Qatar (Forbes).

In 1964, He began Al Faisal Holding, which over the most recent five decades has developed into one of Qatar’s greatest businesses and even claims more than 20 hotels around the globe, including the St. Regis in Washington, D.C. furthermore, Miami, and the W Hotel in London (Forbes).

H.E. Sheik Faisal’s example of a success story is the result of hard work, enterprising vision, drive and innovative thinking. Today, his famous over all the world as Qatar’s most successful businessman and has a dominant part stake in the traded on organisation, Aamal which possesses land in Qatar and sells medical supplies and pharmaceuticals (Forbes) Seeking after success through hard work and innovative thinking.