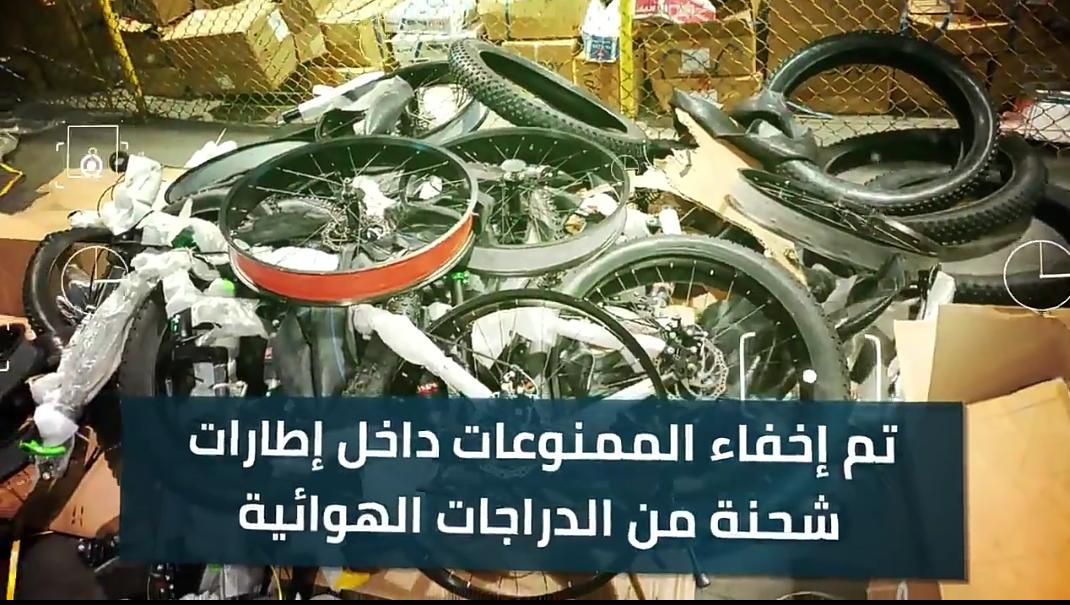 Today, Thursday, the General Authority of Customs, represented by the maritime customs in Hamad Port, managed to thwart the smuggling of a large amount of narcotic substance, as part of its continuous efforts to monitor and thwart any smuggling attempts that would disturb the security of the state.

The customs authority published a video on its Twitter account, in which it said that the maritime customs in Hamad Port thwarted the smuggling of an amount of narcotic substance, the contraband was hidden in a way inside the tires of a shipment of bicycles.

The authority added that the number of seizures reached 1289 bags of tobacco, and the total weight of the prohibited substance reached 49.50 kilograms.