His Highness performs the rain prayer

His Highness Sheikh Tamim bin Hamad Al Thani, Emir of the country, performed the rain prayer with the masses of worshipers, at the Al-Wajbah prayer room this morning, to commemorate the Sunnah of the Holy Prophet Muhammad, may God’s prayers and peace be upon him, and they asked for rain. 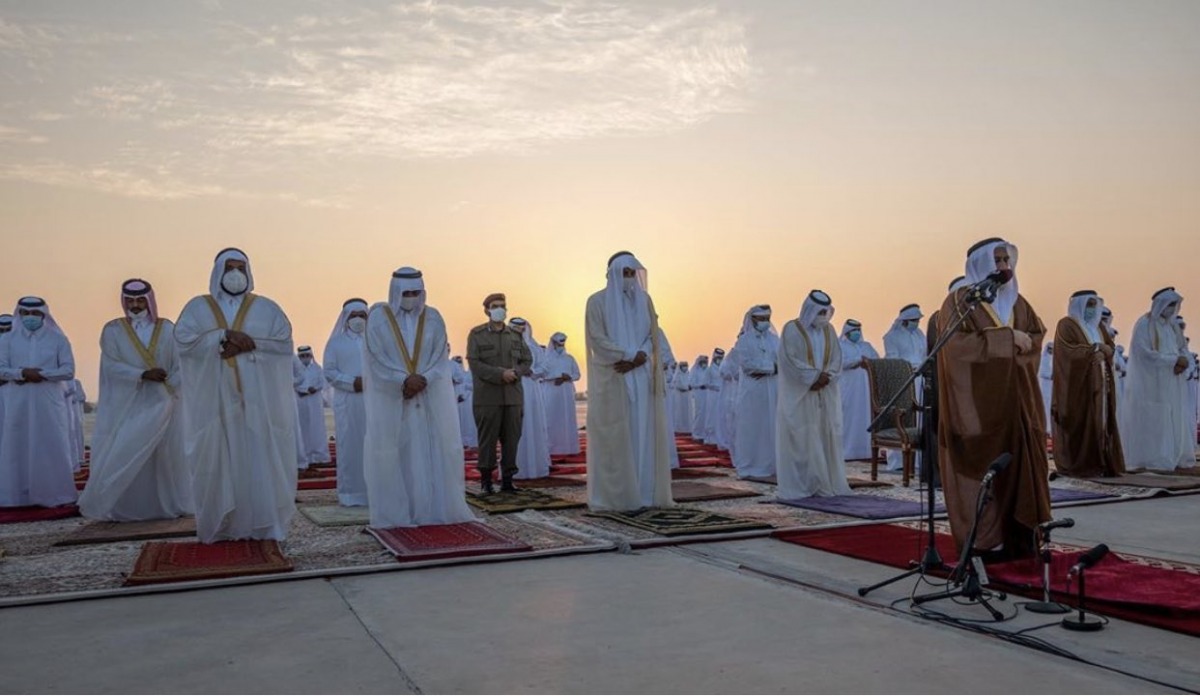