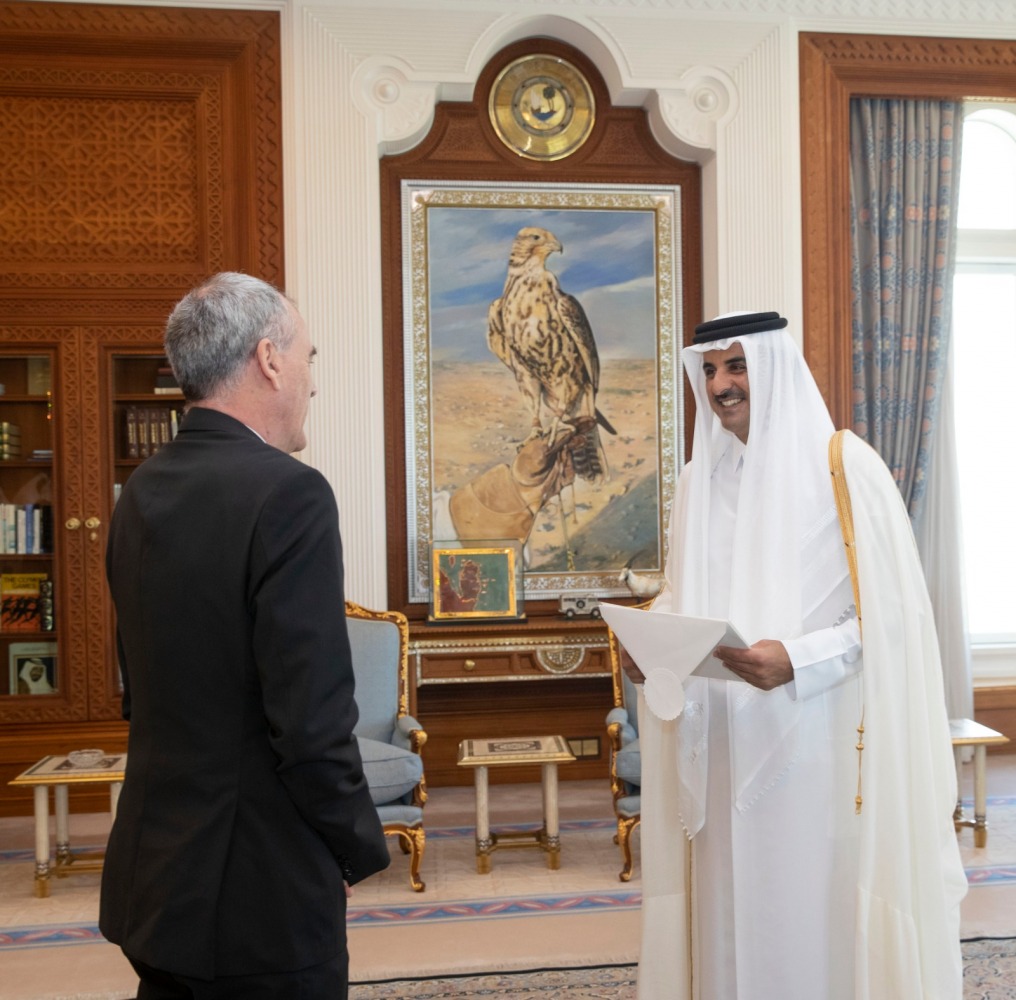 His Highness Sheikh Tamim bin Hamad Al Thani, Emir of the State of Qatar, received in his office at the Emiri Diwan this morning the credentials of seven new ambassadors to the state. 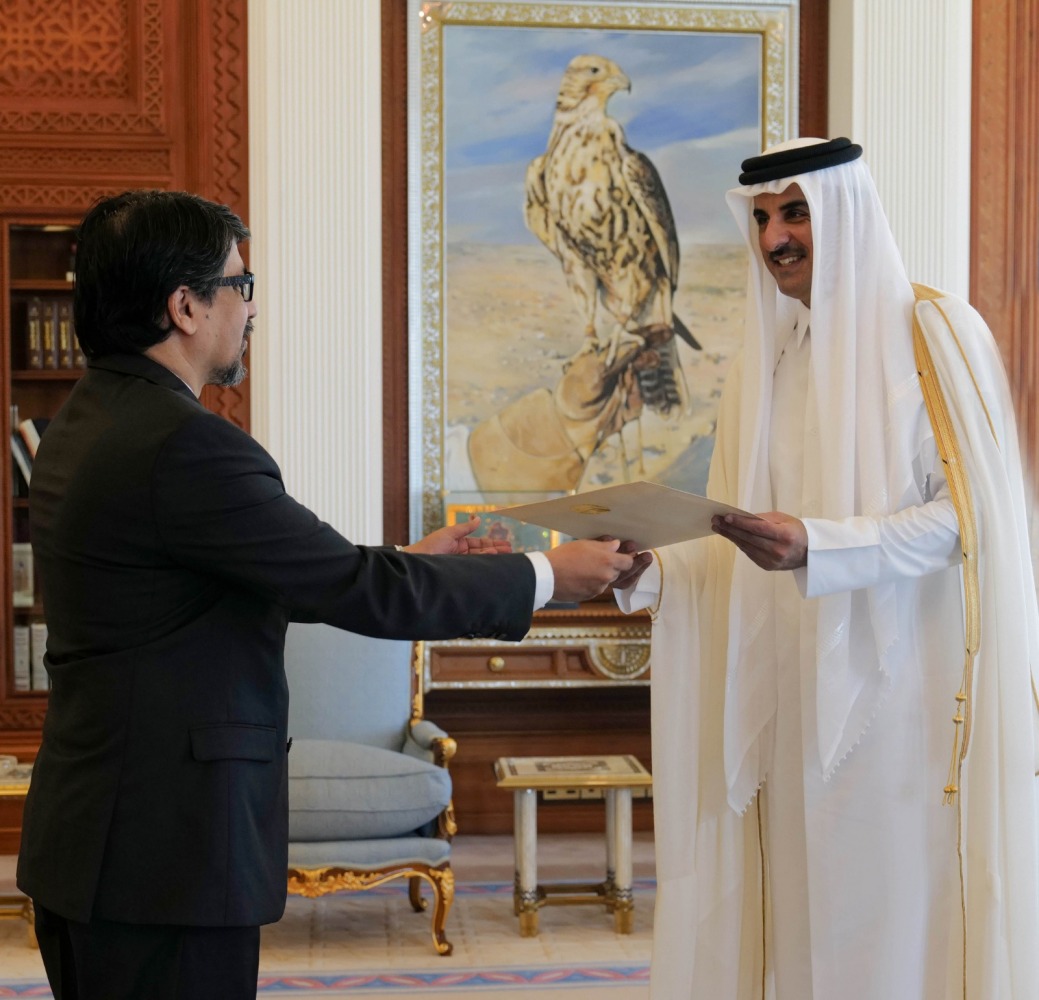