Home News In pictures, the Saudi Salwa port is preparing to receive travelers from... 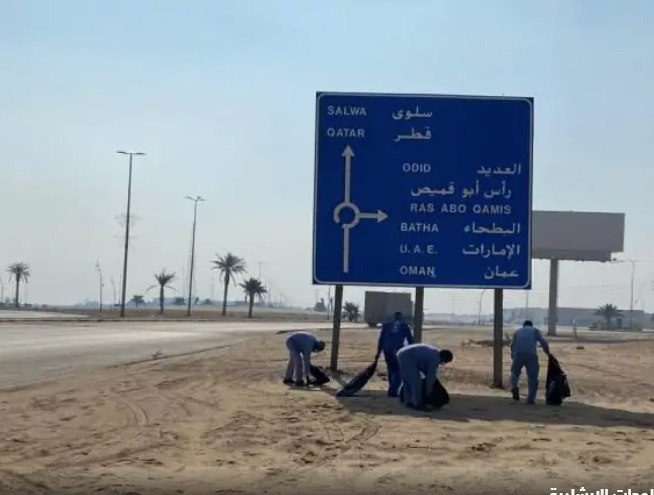 A Saudi newspaper revealed that the Saudi authorities began preparing the Salwa border crossing between the Kingdom and Qatar after the announcement of the opening of the airspace and the land and sea borders on the night before the Gulf summit held yesterday in the Saudi Al-Ula Governorate.

According to the Saudi newspaper, Al-Youm, the preparations were launched to resume the crossing’s movement, which was represented in the intensification of decorating and lighting work on the public road, as well as intensifying control over commercial shops located on the international way in addition to raising awareness of the need to adhere to the implementation of precautionary measures and preventive measures to limit the spread of the new Corona virus.

It is noteworthy that the port of Salwa is the land border point of the Kingdom with Qatar, and it is geographically affiliated with the Al Udeid Governorate in the Eastern Region, and it is about 150 km from Al-Ahsa Governorate and 90 km from Doha.