Home News In the video, the customs foil the smuggling of 7493 kg of... 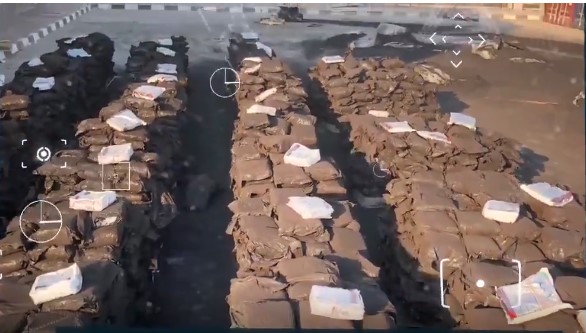 Today, the General Authority of Customs announced the success of the maritime customs at Hamad International Port in thwarting the smuggling of a quantity of banned tobacco material inside 3 containers of materials used in tar mixtures, as part of its efforts to combat the smuggling of everything prohibited and harmful to society, which confirms the vigilance of men Customs to prevent narcotic substances from entering the country.

The authority published a video on its Twitter account, in which it said: “The maritime customs in Hamad Port thwart the smuggling of a quantity of banned tobacco substance. The contraband was hidden in a secret way inside 3 containers of materials used in tar mixtures.”

The authority added that the total weight of the prohibited substance reached 7493 kilograms.