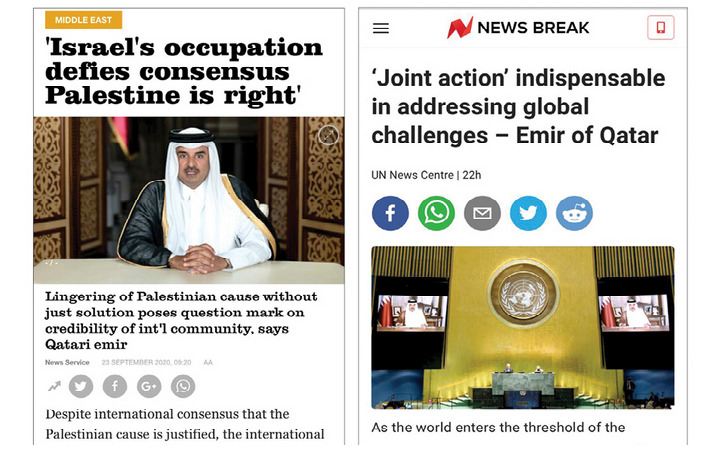 Middle East Eye: The speech of His Highness discussed the developments in the region

Al-Monitor: The Palestinian issue is central in the speech of His Highness