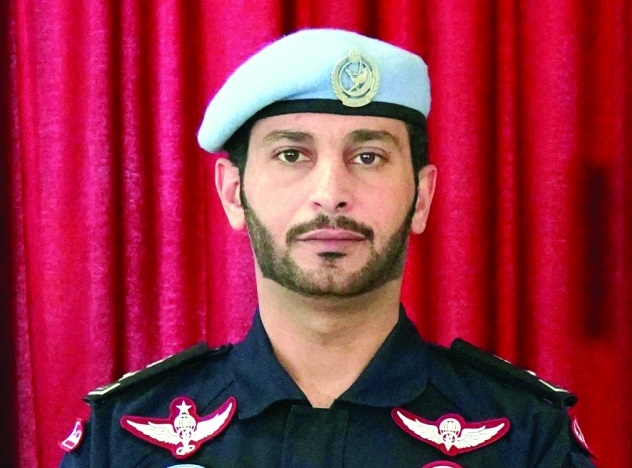 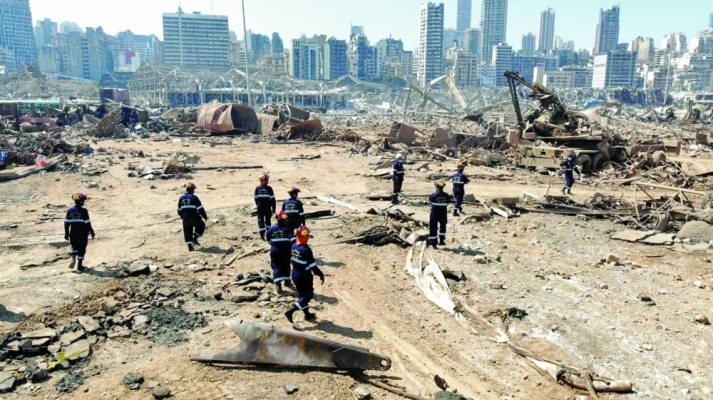 ** The search group operates in a large area

Lt. Col. Abdullah Eid Al-Muhannadi, Commander of the International Qatari Search and Rescue Group of the Internal Security Force “Lekhwiya” said that their participation in the search and rescue mission in the Beirut port, which was struck by the explosion, is the strongest and largest of its kind, for several reasons, including the force of the explosion and the great damage it left even inside the sea Where he created a hole about 45 meters deep in the sea.
After the group’s return from Lebanon, Lt. Col. Al-Mohannadi explained that the number of participants in the operation reached 52 members of the Qatari International Search and Rescue Group with the strength of Lekhwiya, indicating that the group possesses all devices and equipment for urban search and rescue work related to crises related to collapsed buildings, including equipment, for lifting Dismantling and clouds, as well as airbags, thermal cameras, eavesdropping devices for hearing sounds from under the rubble, in addition to lighting devices.
He added that the group accompanied with it during its mission in Lebanon all the devices and equipment used in urban search and rescue work, in addition to medical tools used by the group to provide the necessary aid to any of its members in the event that he was injured on the job, as well as treating the injured who might be found in case they need medical intervention. Fast.
He stated that there were two field hospitals sent by the State of Qatar, one of which was placed in Al-Rom Hospital and the second in Al-Jeitaoui Hospital, and they were installed by a group of employees of the Qatari armed forces.
Regarding the nature of the operations carried out by the Qatari group during its participation in its humanitarian mission in Beirut, Lt. Col. Al-Mohannadi indicated that the group submitted a proposal to establish a coordination operations room for search and rescue work. This idea was adopted and the room was actually established, as it supervised all search and rescue work that takes place at the port. It was divided into sectors that were distributed to the participating teams.