Home News Lulwa Al-Khater: Qatar has succeeded in thwarting all the plans of the... 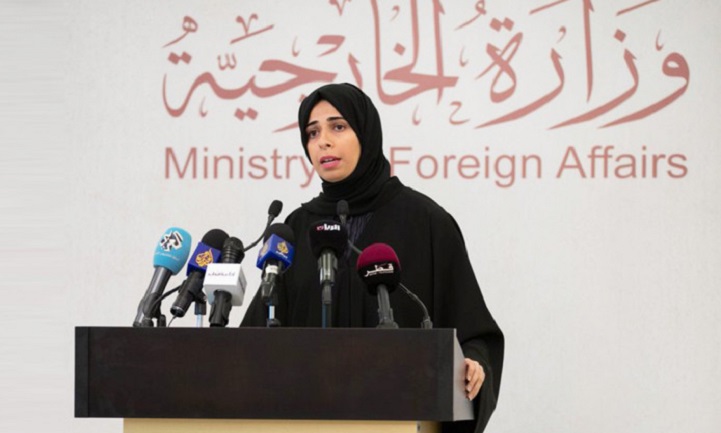 The Middle East Institute at the National University of Singapore hosted, today, Her Excellency Mrs. Lulwa bint Rashid Al Khater, Assistant Minister of Foreign Affairs and Official Spokesperson of the Ministry of Foreign Affairs, in the “SR Nathan 2020” symposium, which is held annually and hosts a group of academics, experts, specialists and diplomats.

Her Excellency Lolwah bint Rashid Al-Khater presented a lecture entitled / Small Countries in a Contested Era: A Qatari Perspective /, which was held via visual communication technology, and addressed many international and regional issues, and what small countries face in a multi-polar world, and the extent of those countries’ ability to prosper and progress Through issues of development, globalization, security and pluralism while preserving independence and identity in the face of external threats.

During the lecture, the Assistant Foreign Minister and the official spokesperson for the Ministry of Foreign Affairs touched on the effective tools that the small state possesses to enable it to find its way and define its position, the extent to which that country has benefited from history to create a prosperous future, the areas in which that country can cooperate, and the mechanisms to achieve this, inferring With the vital and important role played by Qatar Airways during the Corona pandemic (Covid-19), which was appreciated and praised by various countries around the world.