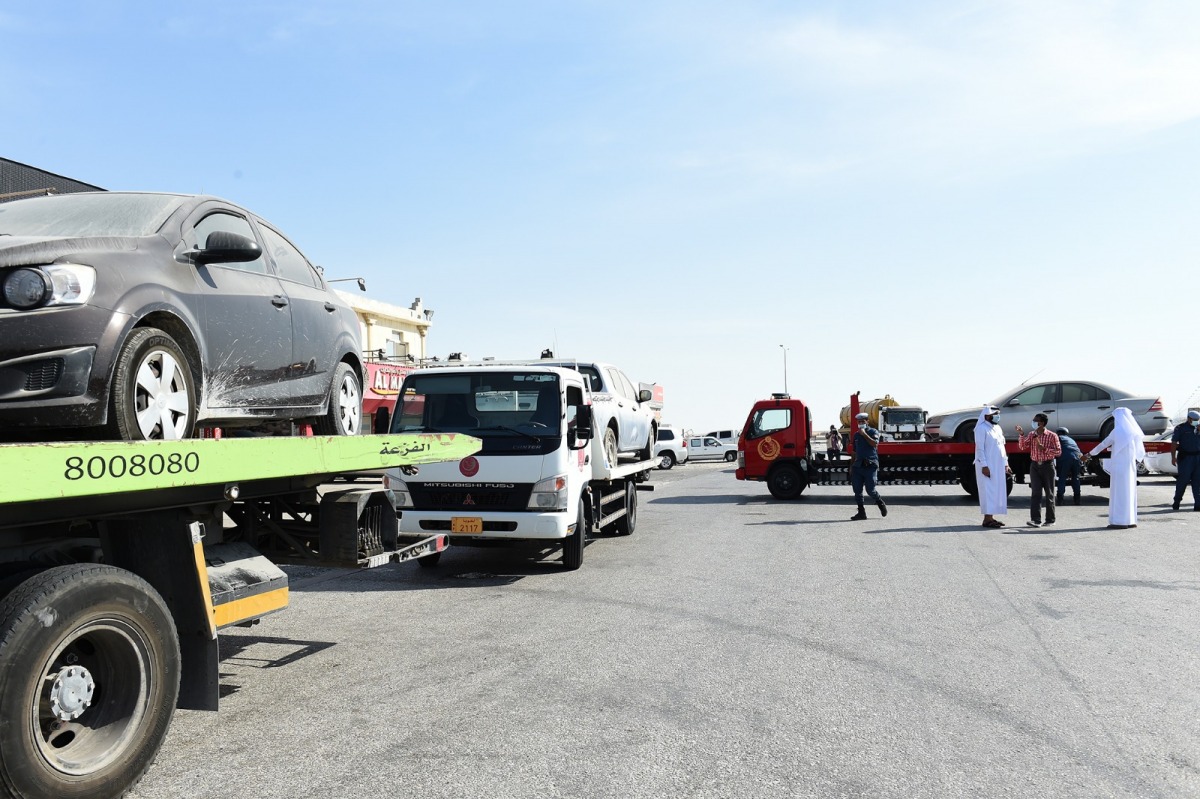 Today, the third joint campaign to remove discarded cars was launched in a number of areas of the municipality of Al Khor and Al Dhakhira, implemented by the Committee for Removing Neglected Cars, within the framework of the Ministry of Municipality and Environment’s continuous efforts to preserve the aesthetics of the state, and in implementation of Law No. 18 of 2017 regarding public cleanliness.

On this occasion, Mr. Marzouq Mubarak Al-Mesifri, Assistant Director of the Mechanical Equipment Department and a member of the Committee, affirmed that the campaign to remove discarded cars has been launched since last July in the industrial zone of the municipality of Doha, where about 1500 neglected cars were removed, after which the campaign targeted the geographical area of ​​Al-Rayyan municipality. Nearly 700 cars, bringing the number of discarded cars that were removed to 2,200.