Home News The American empire is falling apart. But things can always get worse The American empire is falling apart. But things can always get worse

Oscar Rickett
As protests rage over the police killing of George Floyd, inequality and injustice are brutally exposed 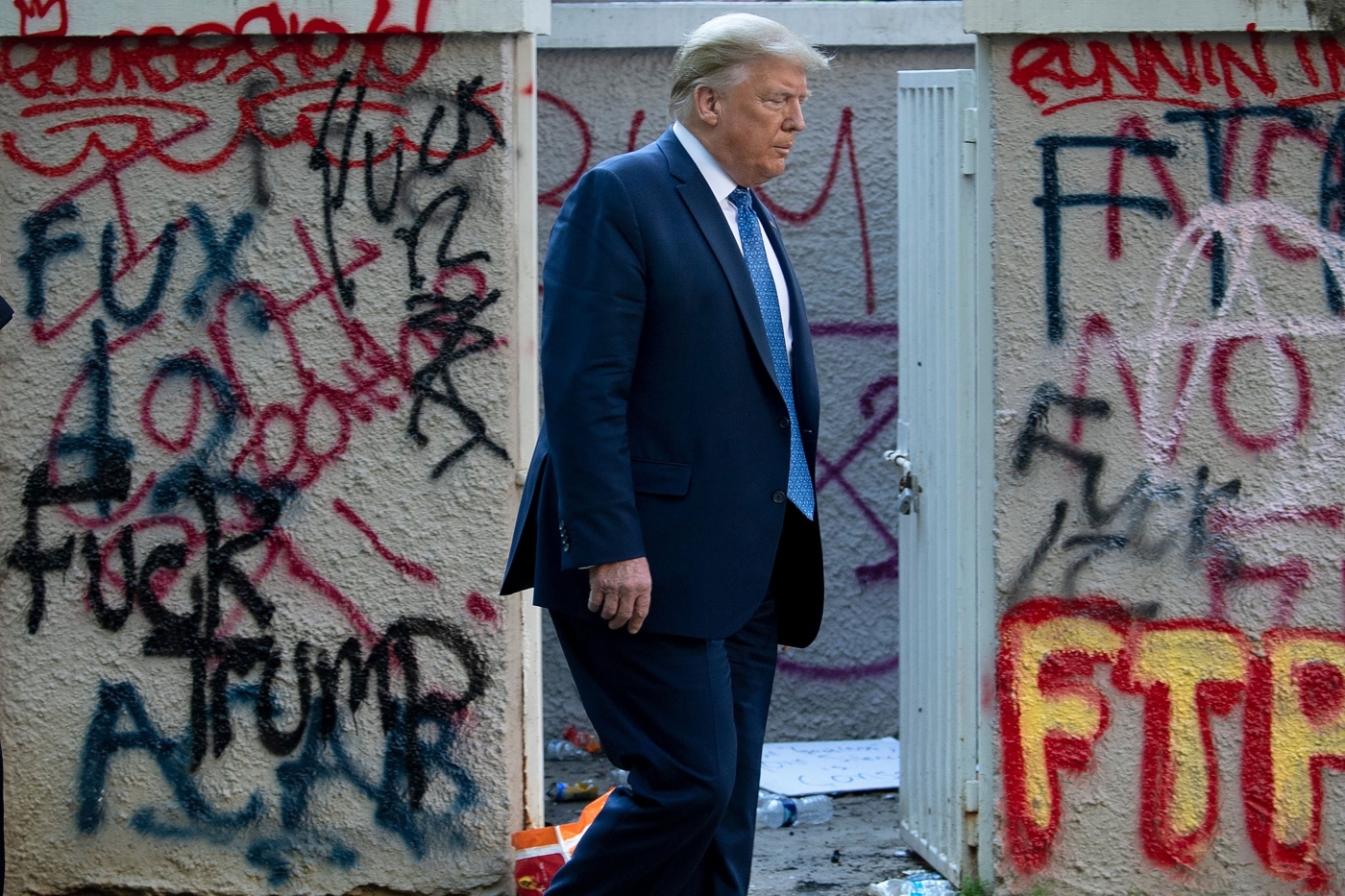 US President Donald Trump walks back to the White House after appearing outside of St John’s Episcopal Church across Lafayette Park in Washington, DC, on 1 June (AFP)
334Shares

The American empire is in decay, but that doesn’t mean things can’t get worse. Protests that erupted over the police killing of George Floyd, a 46-year-old black man, continue to rage across the United States.

Each new day sees another chunk of flesh torn from the face the nation shows the world, revealing the bone and blood underneath. The inequalities and injustices of the world’s richest country are being brutally exposed.

The capital is literally on fire, but the responses of both the president and the liberal establishment suggest that things will likely get worse before – or if – they get better. If optimistic Americans were hoping that relief could come at the ballot box, they may be disappointed: November’s election offers voters a choice between an old, white neo-fascist and an old, white neoliberal. Charles Schwab to cut about 1,000 jobs Visa exemption agreement for holders of diplomatic, special and service passports between Qatar and Spain