Home News The creators of Qatar carry a message of peace to the world... 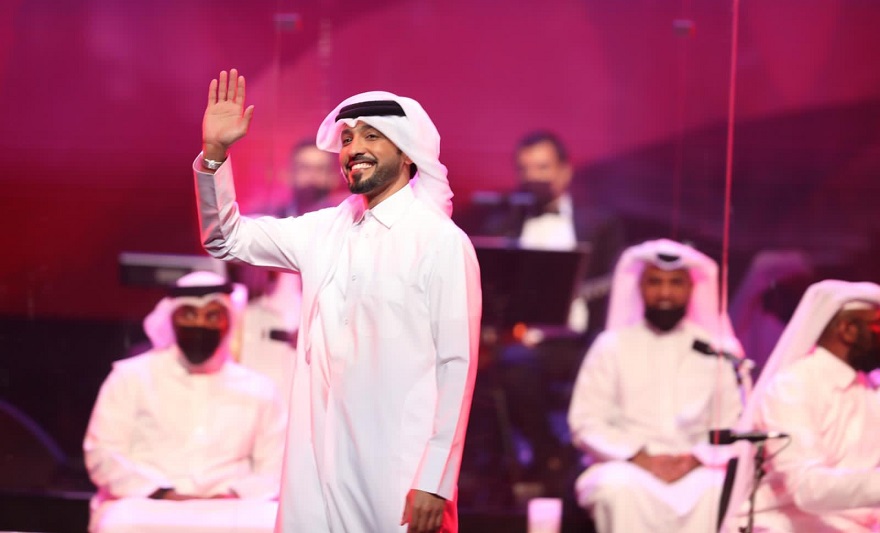 The Center for Music Affairs of the Ministry of Culture and Sports held tonight the second part of the celebration of “The Night of the Qatari Song”, in its second edition, held over two days under the slogan “Confused Oh My Country, Shahdelj”, at the Qatar National Convention Center stage.

The ceremony was attended by His Excellency Mr. Salah bin Ghanem Al-Ali, Minister of Culture and Sports, a number of officials in the ministry, guests of the ceremony, and a gathering of those interested in applying precautionary measures to prevent Coronavirus (Covid-19), as the number of the audience in each session does not exceed the percentage specified by the Ministry of Health.

At the end, the night of the Qatari song carried a message of peace to the world from Qatari creators, as the artwork / peace / produced by the National Day Celebrations Committee was written by the poet Salah bin Ghanem Al-Ali and composed by Matar Ali, and the singers Fahad Al-Kubaisi and Issa Al-Kubaisi who performed an artistic performance. The song addressed the conscience of humanity to protect our children from the unknown destinies as a result of wars and raging disputes in our Arab world.