Home News The delivery agent ignites the communication sites in Qatar … and the... 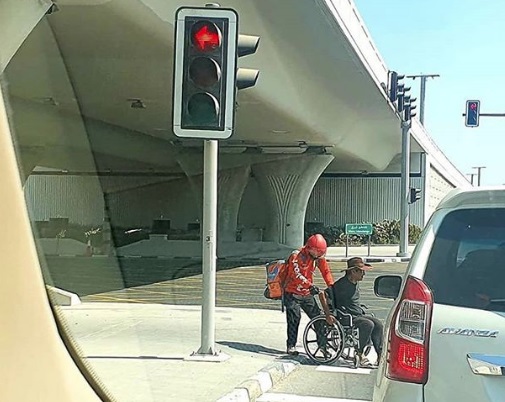 In a situation indicative of the humanitarian panic of the citizen and resident of Qatar, a delivery agent at Talabat Company helped a disabled man to cross the road safely.

Activists on Twitter and Instagram took a picture of the worker helping the man in a wheelchair, blocking the road and helping the man cross a road, it quickly spread on social networking sites, where users praised the worker’s action.

In a video clip recorded by the “Talabat” website, the site revealed the identity of the worker, Muhammad Yasin from Bangladesh, who said – in the video – that he did not hesitate to help the man in a wheelchair to cross the road.