Home News The “Ostrich” wins the Founder’s Prize and the “Provocateur” will win the... 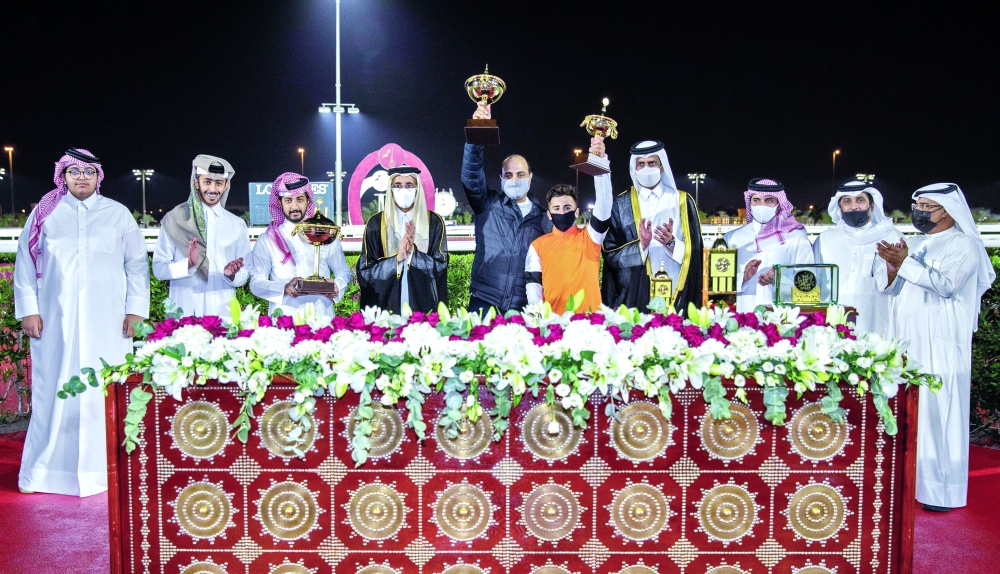 Minister of Culture and Sports: We thank everyone who contributed to the success of the race
. His Excellency Salah bin Ghanem Al-Ali, Minister of Culture and Sports, affirmed that the race bears a great name – the founder Sheikh Jassim bin Muhammad bin Thani, “may God rest his soul.”
He added in a press statement after crowning the winners of the main runs of the race today at the Racing Club, that the competitions were held within the country’s celebrations of the National Day, noting that the competitions were mixed between regular horse races and the traditional heritage race, the Messila race, which witnesses a large participation of Qatari owners.
His Excellency said that through the races that are held, we see that there is a significant increase in the number of Qatari riders.
His Excellency thanked all the Board of Directors of the Racing and Equestrian Club for the wonderful organization of the race, and also thanked everyone who contributed to the success of this race.