Home News The peg of Riyadh’s failure and the fall of Abu Dhabi ..... 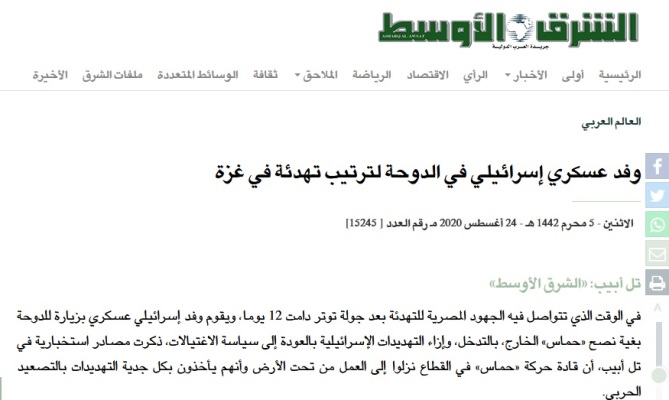 “Delete the UAE and replace it with Qatar.” This is how the Saudi media is working at a strange pace to distort the image of Doha on the Arab and Gulf countries, in an attempt to divert Arab and Gulf anger from the Emirates, which raises the surprise and ridicule of the followers of this media .. The act and betrayal of Abu Dhabi is the peg of Riyadh’s failure and the fall of Abu Dhabi It is Doha’s share, according to media, that it lost its compass not long ago.

The UAE officially printed the accusations to Doha. The
Emirates officially  announced an agreement to normalize relations with the Israeli occupation .. It received Zionist delegations – including the head of the Mossad himself – in Abu Dhabi, and opened the background of Burj Khalifa to the Hebrew media channels .. Nevertheless, the Saudi media does not hear and do not see and in front of public embarrassment, it is not the maximum It is an internal Emirati affair.