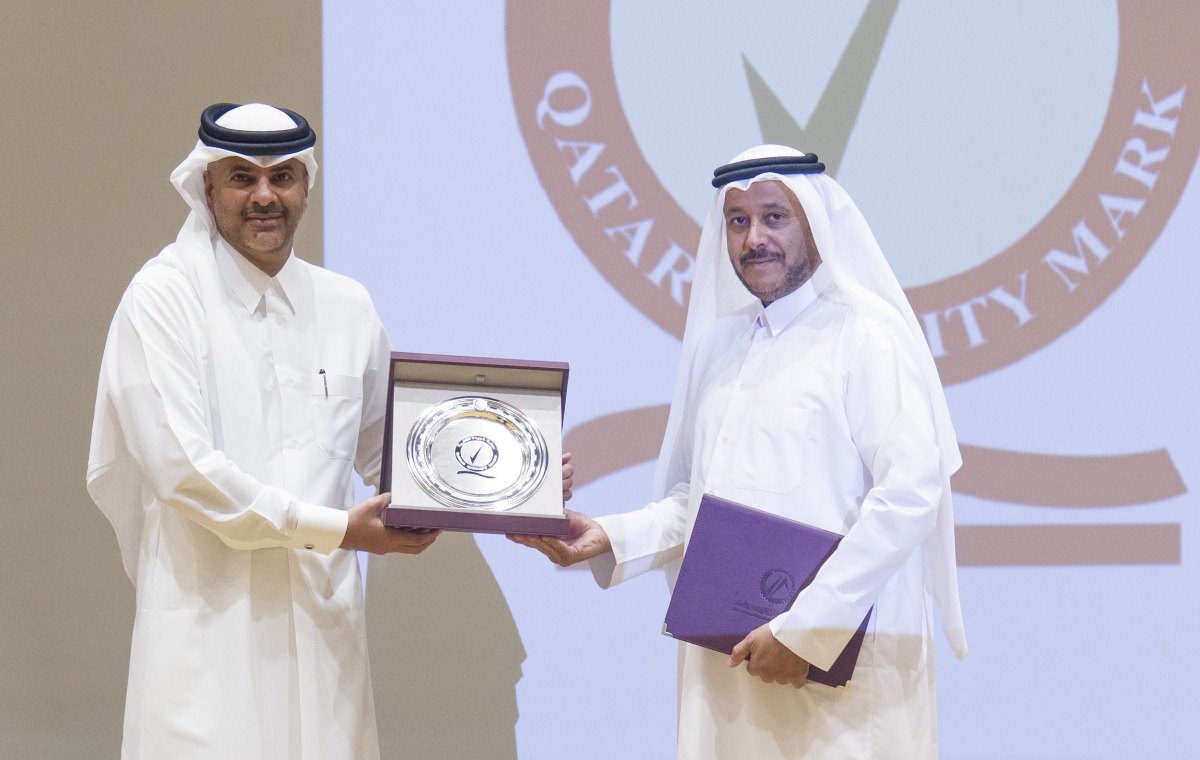 His Excellency during the launch of the Qatar Quality Mark

His Excellency Sheikh Khalid bin Khalifa bin Abdulaziz Al-Thani, Prime Minister and Minister of Interior, launched this morning the Qatari Quality Mark, in order to enhance the competitiveness of national goods in the local, regional and global markets, and to support development plans.

During the ceremony held on this occasion, His Excellency the Prime Minister and Minister of Interior honored the Qatari Company for the Production of Reinforcement Steel as the first facility that met the criteria for obtaining the Qatari Quality Mark, within several facilities that applied for this.

The ceremony began with a presentation on the Qatari Quality Mark and its benefits for consumers and enterprises, the mechanism for conforming the commodity to the approved standard specifications, in addition to increasing competitive opportunities among companies.