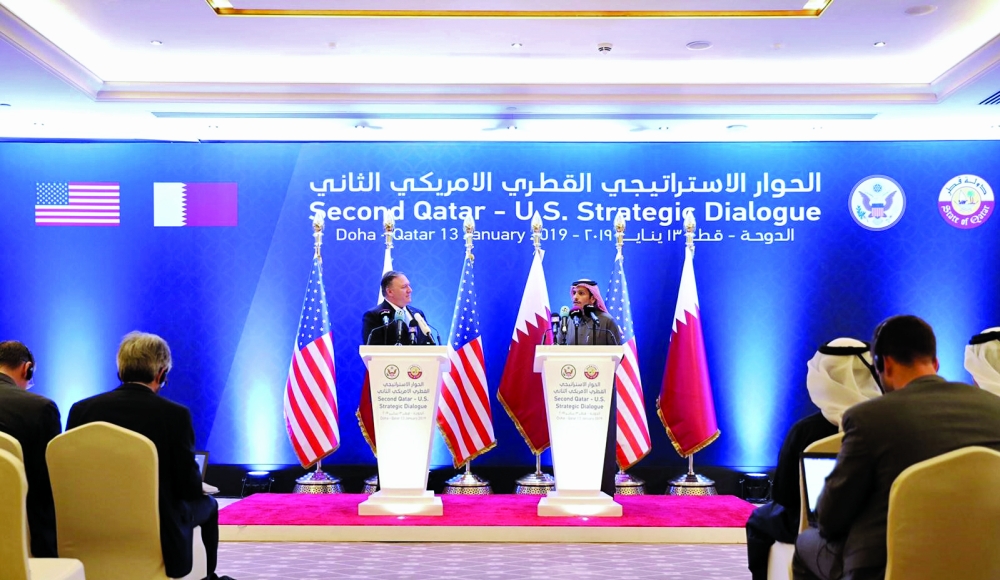 Today, the Qatari-American strategic dialogue is launched for the third year in a row, within the framework of the distinguished relations between the two countries at all levels. The dialogue will include a high-level session chaired by the Deputy Prime Minister and Minister of Foreign Affairs, HE Sheikh Mohammed bin Abdul Rahman Al Thani, and the US Secretary of State, Mike Pompeo, and a number of ministers and officials from both sides will participate in the dialogue, which will be held remotely.

Her Excellency Greta C. Holtz, Chargé d’Affairs at the United States Embassy in Qatar, stressed the importance of the Qatari-US strategic dialogue, which will be held today and tomorrow. Her Excellency said on her Twitter account, “The US embassy in Doha looks forward to holding the important US-Qatar strategic dialogue.” Her Excellency continued, “Our partnership with Qatar is strategic and we are keen to consolidate our relationship in business, stability, regional prosperity, energy, combating terrorism, culture, education, health, science and all fields.”

For his part, David Schenker, US Assistant Secretary of State for Near Eastern Affairs, stressed the importance of the strong partnership between the State of Qatar and the United States of America, noting that Qatar is an important partner in the region. In a press conference a few days ago through visual communication with local media on the occasion of his visit to Doha, Schenker praised the efforts of the State of Qatar as an active partner in combating terrorist financing, through its efforts, positions and legislation, stressing that these efforts contribute to preventing the financing of the phenomenon of terrorism, and that Qatar is a member. Important in the international coalition against ISIS, appreciating its commitment and partnership with the United States at all levels.