Home News The story of saving 6 girls from drowning in the beach of... With poignant words and sincere feelings emanating from the heart of a mother who almost lost 6 of her daughters drowning in the sea, Ms. Umm Nouf – in a voice message circulated by Twitter users – sent thanks and gratitude and sincere invitations to a Qatari youth and a number of young people of Arab nationalities, for what they showed from Chivalry in saving her daughters.
Twitter users shared a part of the story of saving the six girls who were drowned in the beach of “Al-Marawna”, saying that a Qatari young man named “Abdul Rahman Al-Shammari” showed great courage and intuitive speed in saving the group as soon as he saw the incident along with other young men on the beach.
Mrs. Umm Nouf said in the audio message that the Qatari, Tunisian, Moroccan and other youth who participated in saving her daughters did not fail, as did the doctor who happened by chance on the beach. She continued: “I ask God to make your rescue for my daughters a balance of your good deeds and give you wellness, and may God reward you with a thousand good.”
Acknowledging the work of the young man, Abdul Rahman Al-Shammari, singers launched a poem by tweeting # The Hero of Elasticity – deservingly issued, a few hours after launching the most widely discussed topics in Qatar, to turn into a live platform to celebrate it and thanked him for his sacrifice, his feet, his good behavior, and his ability, thanks to God, to save the girls.
For his part, the tweeter Hamad Al-Qahtani @ hamdanqtr55500 published the audio message of Mrs. Umm Al-Banat and said: This is a recording from Mrs. Umm Nouf or the girls who have been drowned. She loves to thank all who helped her daughters and rescued them from Qatari youth and the Qatari doctor who was on the beach coincidentally and young people from Morocco and Tunisia and everyone reassures her daughters It’s okay # Qatar # My activity is flexible 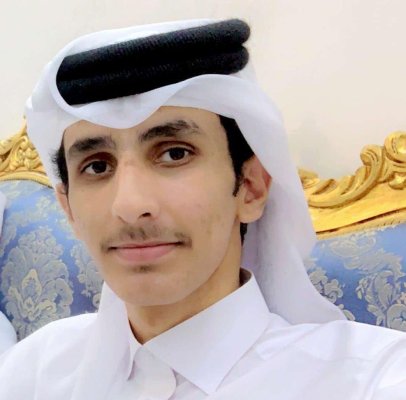