Home News The UAE-Israel agreement is for naught Full normalisation with Israel cannot be achieved until the oppression of the Palestinian people comes to an end. 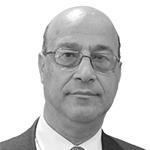 by Imad K Harb
17 hours ago

After years of taking steps towards informal normalisation, but falling short of breaking from the long-standing Arab position and officially signing a peace deal with Israel, the United Arab Emirates (UAE) finally announced its decision to establish full diplomatic relations with the country on Thursday.

The move was long in the making. In the last few years, the Emiratis have hosted Israeli ministers and athletes, participated in maritime security conferences alongside Israeli officials, supported technological cooperation agreements between Emirati and Israeli companies, and even invited Israel to the Dubai Expo.