Home Articles Top 10 Richest Countries in the World in 2020 What is the richest country in the world?
The richest country in the world is Qatar, a small nation that enjoys the economic benefits of vast petroleum reserves. The country’s oil industry accounts for 85% of its exports and 70% of its national revenue. With a population of only 2.639 million, Qatar enjoys robust economic growth with its GDP PPP per capita expected to top 134,620 during the first quarter of 2019.

What are the top 10 richest countries in the world? Qatar has consistently come out on top of the list in recent years. For many of us, this question almost automatically brings to mind economic powerhouses such as the United States and China. This may be true if one is to use gross domestic product (GDP) as basis for measuring national wealth. However, size has been found to be of no consequence and national revenue no longer a reliable basis by which to classify whether a country is rich or poor. 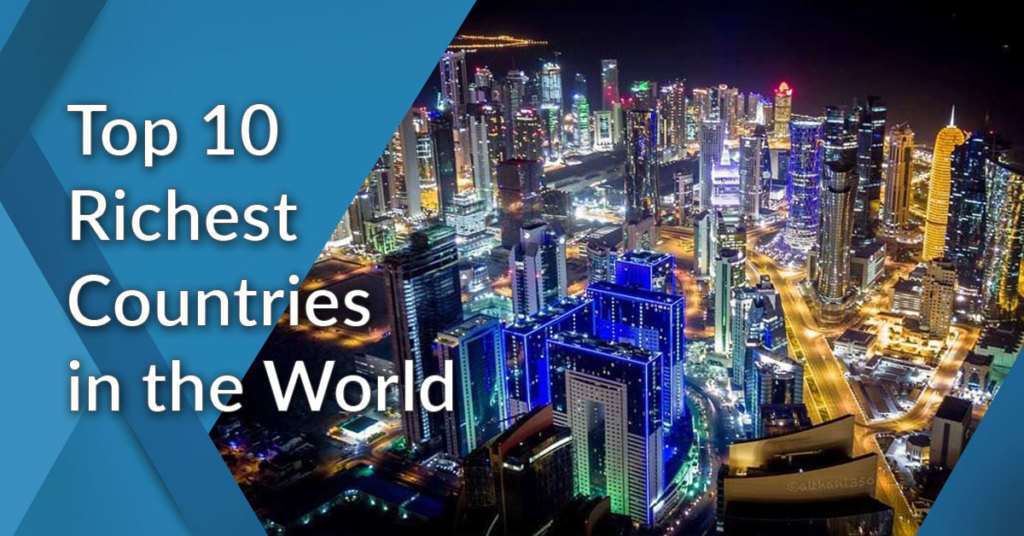 What are the top 10 richest countries in the world?

Experts have found that a far more accurate alternative is to look at each nation’s data on GDP per capita based on purchasing power parity. To put it simply, a country’s wealth should be measured by the totality of all goods and services (excluding revenue and investments from overseas), taking into account a country’s population. So in the case of Qatar, which remains as the richest country in the world today, its GDP per capita of $129,360 represents the annual income of the average Qatari.