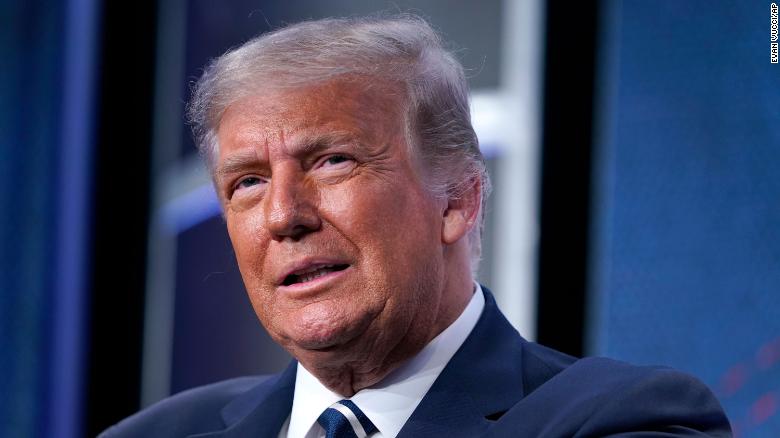 (CNN)Maryanne Trump Barry bitterly criticized her brother, President Donald Trump, saying, “Donald’s out for Donald,” and appeared to confirm her niece Mary Trump’s previous allegations that he had a friend take his SATs to get into college, according to audio excerpts obtained by CNN.

The Washington Post first obtained the previously unreleased transcripts and audio from Mary Trump, author of a recent bombshell book about the President and one of his most outspoken critics. Mary Trump, who has said that Donald Trump is unfit to be president and has voiced support for his rival Joe Biden, revealed to the Post that she had secretly taped 15 hours of face-to-face conversations with Barry in 2018 and 2019.
In one of the conversations revealed by the Post, Trump’s sister called him “cruel.”
Among the some of the more critical comments made by Barry was commenting on how her younger 74-year-old brother operated as president. “His goddamned tweet and lying, oh my God,” she said, according to the recording. “I’m talking too freely, but you know. The change of stories. The lack of preparation. The lying. Holy shit.”
Barry, a retired federal appellate judge, the Post noted, has never spoken publicly about disagreements with President Donald Trump, but the audio seems to tell a different story of discord and a rift that began when she asked her brother for a favor in the 1980s, which she claims Trump has frequently used to try to take credit for her success.
Barry also said at one point to her niece, “It’s the phoniness of it all. It’s the phoniness and this cruelty. Donald is cruel,” according to the audio scripts and recordings.
Perhaps the most revealing part of the newly released audio is a conversation Barry reportedly had with her niece on Nov. 1, 2018, that seems to be the impetus for the allegation that Trump paid someone to take his SATs, which was one of the most publicized allegations in Mary Trump’s book “Too Much and Never Enough: How My Family Created The World’s Most Dangerous Man,” according to the Post.
According to the Post, the conversation went like this, Barry said to Mary: “He went to Fordham for one year [actually two years] and then he got into University of Pennsylvania because he had somebody take the exams.” “No way!” Mary responded. “He had somebody take his entrance exams?”
Barry then replied, “SATs or whatever. . . . That’s what I believe,” before saying, “I even remember the name.” That person was Joe Shapiro,” Barry said.
The Post went on to note that Mary Trump has said it was not the Joe Shapiro that went to Penn with Donald, and that person has not surfaced.
Chris Bastardi, a spokesman for Mary Trump, told the Post that she began taping conversations in 2018 with her aunt after she claims that her relatives had lied about the value of the family estate two decades earlier during a legal battle over her inheritance, in which she claims she received far less than she expected.
Bastardi said in a statement Saturday evening to CNN that “Mary realized members of her family had lied in prior depositions. Anticipating litigation, she felt it prudent to tape conversations in order to protect herself. She never expected to learn much of what she heard, including the President’s sister, Federal Judge Maryanne Trump Barry, state that Donald Trump had paid someone to take an SAT exam for him.”
Bastardi referred questions about Joe Shapiro, who allegedly took the exam for the President, to Maryanne Trump Barry and President Donald Trump.
On Saturday evening, the White House provided a statement from President Donald Trump, “Every day it’s something else, who cares. I miss my brother, and I’ll continue to work hard for the American people. Not everyone agrees, but the results are obvious. Our country will soon be stronger than ever before,” the President said in reference to his brother Robert Trump who died earlier this month.
CNN has reached out to Maryanne Trump Barry for comment.
In July, prior to the release of Mary Trump’s book, the White House said in a statement that the SAT allegation was “absurd” and “completely false.”
The audio’s release came on the heels of the Democratic National Convention, during which Democrats and several prominent Republicans focused on framing the 2020 election as one about character and morality, rather than ideological policies. They presented Trump as an amoral egomaniac who is unfit to serve as President, while touting Biden as the picture of decency and empathy.
Barry’s candid comments in the recordings fill out a similar picture, delivering a description of the President that hews closely to the one outlined by the President’s political opponents at the DNC — that of a “cruel” liar who has “no principles” and cares only about himself. 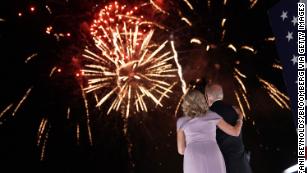 Top takeaways from the Democratic National Convention
Beyond the political testimonials, Biden’s own family featured heavily in the DNC messaging — with his sister, children and grandchildren all filling in the portrait of a family-oriented, empathetic man they hope will replace Trump.
Trump will have an opportunity to rebut that criticism and paint himself as equally beloved by his family, with his four adult children all slated to speak at the Republican National Convention this coming week. But that task is now complicated by the candid comments of an older sister who has known Trump all his life.
Barry’s view of her brother also lines up closely to others who have known Trump well. A litany of former aides have also described Trump in similar terms — including the former White House communications director Anthony Scaramucci, his former personal lawyer Michael Cohen, the former Department of Homeland Security chief of staff Miles Taylor and others.
This story has been updated with details from recordings obtained by CNN.