Home News Video .. A car breaks into a Sidra store at a petrol... 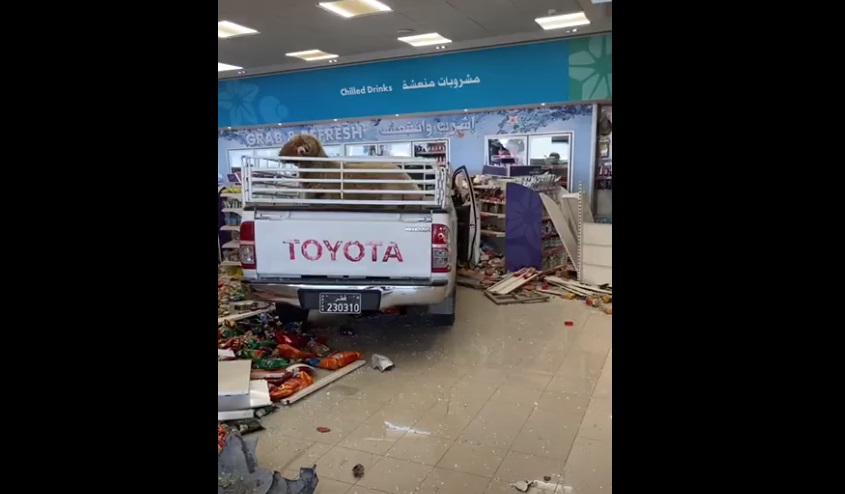 A small pickup truck carrying a sheep broke into the Sidra store at a petrol station, severely damaging the store.

According to a video circulating on social media, the truck completely smashed the outside windows of the store, and toppled the goods before they were blocked by the shelves of the store.